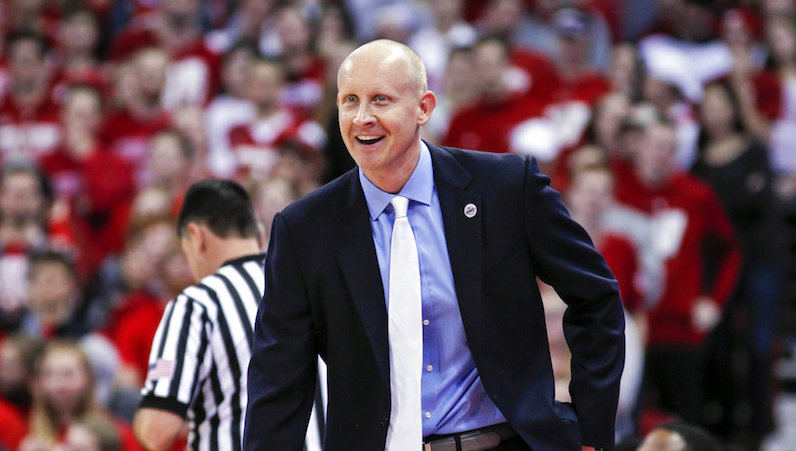 Chris Mack has been working overtime in his short tenure at Louisville to ensure that the Cards have enough talent for 2018-19.

U of L lost Ray Spalding – he was selected in the second round of the NBA Draft by the Dallas Mavericks – and Deng Adel. They also lost Lance Thomas, who elected to transfer to Memphis.

Along with the departures of seniors Anas Mahmoud and Quentin Snider, the Cards have lost four starters from last season, and four of their top five scorers.

Since late April, U of L has added a total of three graduate transfers – Christen Cunningham, Akoy Agau, and Khwan Fore. In adding this trio of experienced veterans, Mack has quickly begun the process of making the Louisville roster his own.

Cunningham, a 6-1 point guard, makes his way to Louisville from Sanford. He averaged 11.4 points and 6.3 assists per game last season for Samford, making Cunningham a strong candidate to replace Snider as Louisville’s primary point guard.

Agau is returning to Louisville to complete his collegiate eligibility after stints at two other schools. Agau played in a total of 22 games for the Cards in 2013-14 and 2014-15. He moved on to Georgetown, and eventually to SMU, where last season he made nine starts and averaged five points per contest.

Louisville has also added Khwan Fore, who averaged 11 points per game last season at Richmond. Fore was a 50 percent shooter from the floor during his time with the Spiders, and will give the Cards much-needed additional depth along the perimeter following the loss of Snider.

The Cards will also add the services of 6-11 forward Steven Enoch. Enoch will finally be eligible again after sitting out the 2017-18 season following his transfer from UConn. Enoch will work in a frontcourt rotation alongside Agau and returning U of L sophomore Malik Williams.

Louisville has a total of six scholarship players who played last season who are expected to return. The list includes Williams, along with V.J. King, Ryan McMahon, Jordan Nwora, and Darius Perry. Local product Dwayne Sutton of Louisville’s Manual High School earned a scholarship prior to the 2017-18 season.

The Cards are not full from a scholarships standpoint. So if Sutton receives a scholarship once again for 2018-19, as is expected, that gives Louisville a total of 10 scholarship players heading into next season. Agau, Fore, Cunningham, and Enoch are the four newcomers to the U of L rotation along with the six returnees.

The Key to Louisville’s Rebuild

It’s too late for Mack and his staff to add any prominent 2018 recruits, which is why the new Louisville staff felt compelled to bring in three graduate transfers. But with Cunningham, Agau, and Fore all graduating out after the upcoming season, the 2019 class looms large for U of L.

With numerous scholarships available, the Cards are aiming for the stars.

Along with Nickelberry’s recent pledge, U of L made the top 10 for 5-star center Isaiah Stewart. In recent weeks, the Cards have hosted top 100 national prospects including Rocket Watts and Kobe Brown.

While much work is left to be done, the tide is turning for Louisville in recruiting. The perception is improving.

If all goes well with the 2019 class, the Cards will add at least three or four more top-notch players to go along with the first major commitment of the Mack era – Josh Nickelberry.

If things work out that way, Mack will have made the Louisville roster his own within a calendar year.

If 2019 doesn’t go smoothly, however, it will take Mack and his staff two years at a minimum to get things back on track.