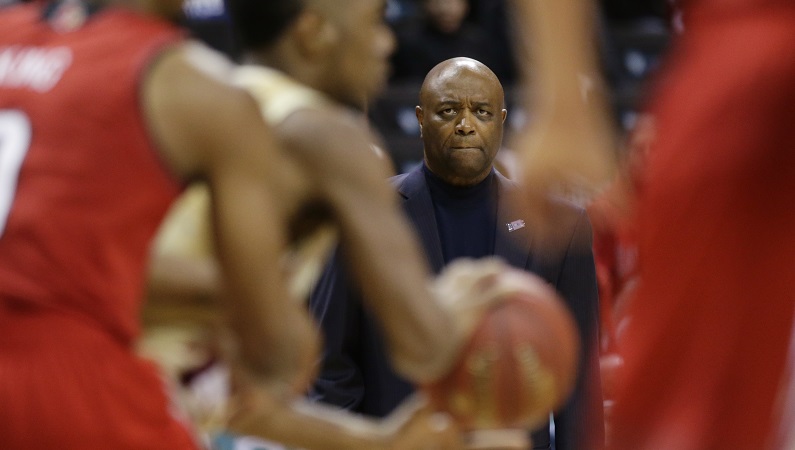 For the second straight season and a school-record sixth time in 10 years, Florida State is in the NCAA Tournament.

The Seminoles were one of nine teams from the ACC selected to be part of the field of 68. The sixth appearance under Leonard Hamilton is the most ever for an FSU head coach, surpassing five by Pat Kennedy.

While it didn’t win ACC Coach of the Year honors, the job Hamilton did this past season was certainly commendable. Florida State hit the 20-win mark for a third time in four years and finished 9-9 in ACC play.

The Seminoles did so despite losing their top three scorers from a season ago – all of which are currently playing in the NBA. FSU also reached the tournament with a team that was hardly stacked with experience.

FSU had a decent amount of injuries to fight through as well. Koumadje missed 11 games while sharpshooter PJ Savoy missed eight. The Seminoles were also without Mann, the team’s leading scorer and rebounder, for a critical ACC game against Syracuse.

One big reason for FSU’s success during the 2017-18 season was the development of key players by Hamilton and staff. Mann led the team in the aforementioned two major statistical categories while shooting 56 percent from the field en route to being named an All-ACC honorable mention. Mann ranked fourth on the team in scoring and seconds in rebounding last season.

The two seniors Angola and Cofer also made significant strides. Compared to last season, the two increased their combined scoring totals nearly quadrupled. Inside, Koumadje and redshirt freshman Mfiondu Kabengele also evolved into a more formidable duo. Trent Forrest, a sophomore guard, made great strides toward the end of the season.

As far as the ACC goes, the Seminoles finished where they were expected to at eighth – the exact spot they were picked at the beginning of the season. Hamilton however, deserves credit for what he was able to do this season.

Getting back to the NCAA Tournament despite losing about 60 percent of its scoring from last season and about 56 of its rebounding is nothing short of impressive. Hamilton did it with a largely inexperienced roster and a couple significant injuries.

Few are expecting No. 9 seed FSU to make a deep run in the tournament, but it’ll begin with a contest against eighth-seeded Missouri on Friday night. At this point, the Seminoles are playing with house money.

Read more: How FSU’s Phil Cofer turned into one of America’s best stretch-4s