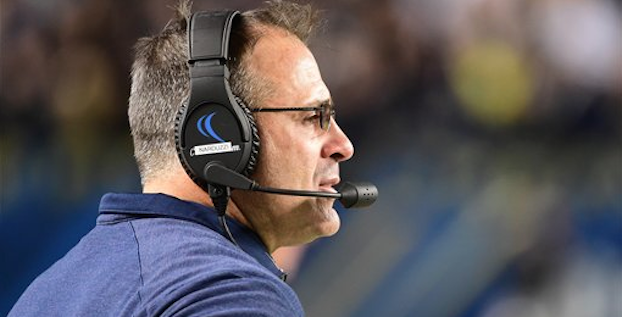 Pat Narduzzi and Pittsburgh sit at 6-1 in the ACC going into the final week of the regular season. (AP Photo)

Three coaching vacancies have opened up in the ACC, and there could be more coming as 12 league programs wrap up regular-season play this weekend. While on-field performance has been the reason why two coaches have already been canned, the names of other coaches have been tied to job openings outside the conference.

With Frank Beamer retiring, no active ACC coach has been the head coach at his current school for more than eight years. Results are a must in college football, and athletic directors rarely hesitate to make a change if success is lacking.

In a what-have-you-done-for-me-lately world, one way to gauge the success of coaches is to compare their records against one another. It’s no surprise that, within the ACC, the coaches with the best records against their league counterparts aren’t in danger of losing their jobs, while some of the coaches near the bottom have either already been fired or will soon be sent packing.

Who has the best record against current ACC coaches?