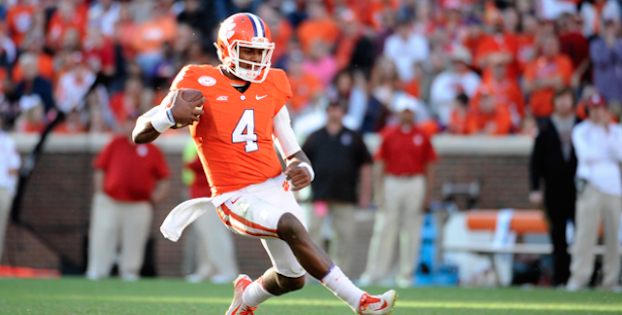 With Jameis Winston now in the NFL, the door is open for a new quarterback to claim the title of best signal-caller in the ACC. Despite two All-ACC quarterbacks from 2014 returning for this season, there’s still no clear answer for who will make the league’s first team this fall.

Surprisingly, the top candidate may be a guy who didn’t even receive all-conference honors last year. Clemson’s Deshaun Watson completed nearly 68 percent of his passes for 1,466 yards and 14 touchdowns in five starts as a freshman while tossing only two interceptions. Although he spent the spring recovering from a torn ACL, he’ll be a contender for ACC Player of the Year this season if he can stay healthy.

The Tigers aren’t the only ones with high hopes for their quarterback this year. Florida State newcomer Everett Golson will enter his senior year with high expectations while North Carolina’s Marquise Williams, Georgia Tech’s Justin Thomas, Miami’s Brad Kaaya and NC State’s Jacoby Brissett are all expected to take a step forward.