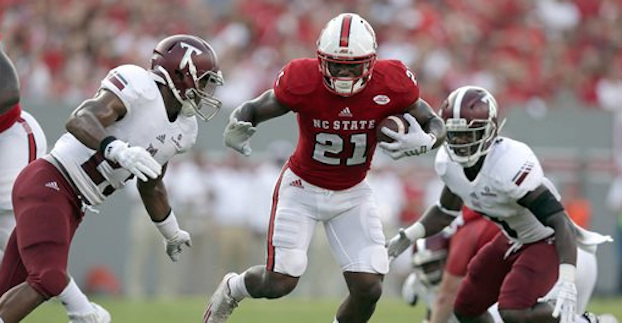 NC State running back Matt Dayes rushed for 865 yards in 2015 before an October injury ended his season. (AP Photo)

When analyzing the ACC’s image, it’s easy to point out that the league was hurt by its national championship drought that spanned from 2001-12. But while the conference’s top teams struggled to reach and hold on to the No. 1 spot in the polls, it also didn’t help that the league went more than a decade without producing a Heisman Trophy winner.

Since 2000, Florida State’s Chris Weinke and Jameis Winston are the only ACC players to win the Heisman. While no non-Seminole has ever won the Heisman as an ACC player, current league members Boston College, Miami, Pittsburgh and Syracuse each produced college football’s most outstanding player at least once before joining the conference.

If the ACC is going to produce a Heisman winner this fall, what type of numbers would they have to put up?