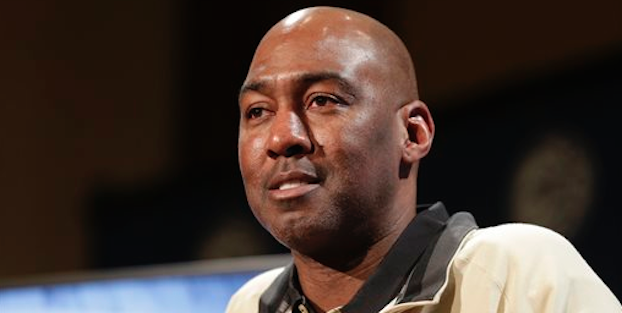 Wake Forest, Boston College, Georgia Tech and Virginia Tech were the only teams in the ACC that didn’t win eight league games last year. If you had to pick one of those teams to take a step forward this year, who would it be and why?

Wake Forest has struggled a lot, particularly on the road, the past few seasons. But heading into Danny Manning’s second season in Winston-Salem, the Demon Deacons are poised to be significantly more competitive. Although senior guard Codi Miller-McIntyre may miss some action early, he should be back up to speed by the time ACC play rolls around. Devin Thomas has been an underrated player for the Demon Deacons the past couple of years but could break out as an All-ACC caliber player his senior year.

Although this is by and large a young Wake Forest team — Andre Washington’s redshirt means that Miller-McIntyre and Thomas are the only two scholarship seniors — there are plenty of veterans. Dinos Mitoglou proved himself last winter as a dangerous outside shooting threat, and he’ll get plenty more opportunities to score this season. Mitchell Wilbekin is another outside shooter who was among the team leaders last season in steals and made three-pointers.

Newcomers Bryant Crawford, John Collins and Doral Moore are all capable of making immediate contributions off the bench. Crawford may wind up starting early on with Miller-McIntyre’s injury, as well as the recent suspensions of sophomore guards Rondale Watson and Cornelius Hudson.

Although the Demon Deacons may not quite be ready to earn a winning record in ACC play and challenge for an NCAA Tournament berth, eight wins is not entirely out of the question. Having gone 5-13 in league play a year ago, with three conference losses by two points or less, a three-game improvement is certainly possible.

When you think about one-and-dones within the ACC, Duke is probably going to be the first school that comes to mind. This year, however, Georgia Tech will have its own trio of one-and-dones in the form of transfer players, and all three should make an impact immediately.

It’s important to remember that, although Georgia Tech lost 15 conference games last year, there were only three occasions in ACC play last year in which the Yellow Jackets weren’t in it until the end. A big reason why Brian Gregory’s team ended up on the wrong end of so many of those close games was the lack of offensive weapons. Any time the Jackets needed a key basket, they were going to turn to Marcus Georges-Hunt. I knew it. You knew it. And, most importantly, Tech’s opponents knew it.

Georgia Tech was the worst offensive team in the conference a year ago, but with three new transfer players in the rotation, I don’t expect those struggles to continue this season. Ironically, one of those transfers — former Virginia Tech shooting guard Adam Smith — came from another program that’s looking to break out of the ACC cellar. Smith hit 81 three-pointers as a junior with the Hokies last year, which is only 50 fewer than Georgia Tech’s team as a whole. He’ll instantly add a dimension the Jackets have lacked.

Gregory also upgraded the frontcourt by adding former Alabama power forward Nick Jacobs. While Jacobs transferred into the program after the 2013-14 season, this will be the first and only season he’ll be eligible to play for Tech. A productive low-post scorer, Jacobs will be a difficult player for opponents to defend one-on-one.

James White, who is a graduate transfer from Arkansas-Little Rock, will add depth and versatility at forward. White may not start for the Jackets, but he’s an athletic forward who could provide a spark off the bench.

Looking back at last season, the record looks ugly, but I think Georgia Tech was just a piece or two away from being a solid ACC team. These new transfers just might prove to be the missing pieces.

I think Virginia Tech has a chance to surprise some ACC opponents this year. Buzz Williams has completely rebuilt the program in a year — Devin Wilson and Greg Donlon are the only players left who have been there longer than he has.

The Hokies had a strong freshman class last year, and Ahmed Hill, Justin Bibbs, Satchel Pierce and Jalen Hudson are a year older and used to the ACC grind. Bibbs averaged 11.4 points and 3.0 rebounds last year. Hill had 8.7 and 3.7. After being overshadowed by the other freshmen for most of the season, Hudson exploded for 32 points in an ACC Tournament win over Wake Forest.

Williams added another strong class of freshmen and junior college transfers. Justin Robinson is a promising point guard. Chris Clarke was the top high school prospect in Virginia, and Kerry Blackshear is an underrated forward whose father was a pro basketball player and mother was a college player at Stetson.

Incoming JUCO transfers Ty Outlaw and Johnny Hamilton give the Hokies size and rebounding. That’s not to mention former Maryland standout Seth Allen and South Florida forward Zach LeDay, who both sat out last season after transferring in. Allen averaged 13.4 points and 3.0 assists as a sophomore. He could be Virginia Tech’s leading scorer this season, and he’ll add a defensive presence. LeDay averaged 4.1 points and 2.5 rebounds in two years at South Florida.

The Hokies didn’t take a major step forward in Williams’ first season, but Buzz spent the year accumulating talent and implementing his system. All signs point to a breakthrough year in Blacksburg.