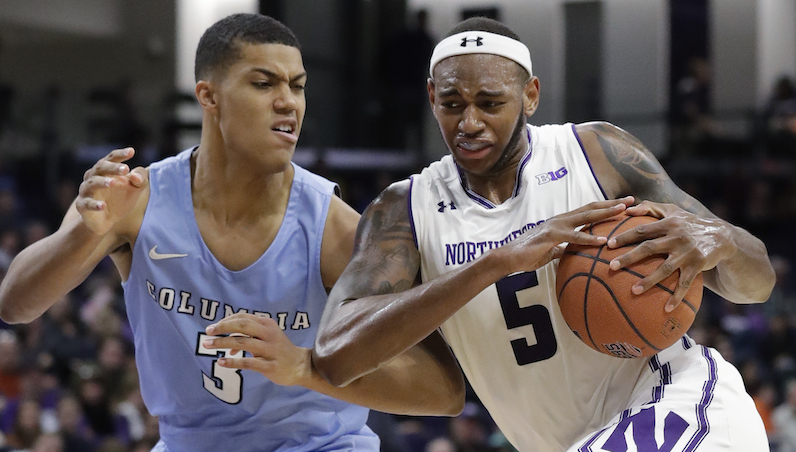 A little over a week ago — Tuesday, March 24 — Columbia graduate transfer Patrick Tape committed to Duke. That marriage, however, appears to be short-lived; Thursday afternoon, Tape de-committed from the Blue Devils.

Even at his his size — 6-foot-10, 240 pounds — Tape is a nimble big man. He’s a sharp cutter without the ball, and does a nice job presenting himself out of screen-roll action when he dives to the hoop. According to Synergy Sports, Tape shot 88.5 percent on basket rolls during his junior season, which is a monster number.

During his junior season, as a junior during the 2018-19 season, Tape averaged 11.3 points, 5.9 rebounds and 1.3 blocks per game. He seemed like a solution in the middle to the (seemingly) inevitable departure of Vernon Carey Jr., the National Freshman of the Year.

Along with his pick-and-roll activity, Tape’s work on the offensive glass (11.5 percent career offensive rebound rate) looked like another source of value.

This could still be good news for the Blue Devils, though. There have been rumblings for a few weeks now regarding that status of Matthew Hurt and Cassius Stanley. Hurt and Stanley are talented prospects with the NBA in their futures; however, that may have to wait a year, for a multitude of reasons.

Stanley would almost certainly be drafted if he came out; in a weaker class, there’s a chance he could slide late into the first round. It only takes one general manager to fall in love, and Stanley’s rocket-booster legs are quite the temptation.

More likely, though, he’s a second-round prospect. He could easily slide to the back half of second, too.

Hurt began this season with some lottery buzz. He showed flashes throughout the year as well; he’s a really good shooter. According to Synergy, Hurt (39.3 3P%) posted an effective shooting rate of 69.6 percent on spot-up no-dribble jumpers this season — No. 5 in the ACC.

But his role fluctuated as the season progressed; Hurt played just 16.2 minutes per game over the final nine contests. At times, Duke deployed more small ball, with Wendell Moore Jr. as the de facto 4. And in the bottom of the ninth of his college career, Justin Robinson started to factor in as a stretch 4, above Hurt in the rotation.

NBA prospects like Hurt and Stanley are tasked with even greater on certainty this year. With the NBA season suspended, currently, the pre-draft process has been completely thrown off. The draft will eventually take place; teams are still doing their homework. However, the league has more urgent items that require attention, first.

The inability to meet with teams, conduct workouts and get feedback is tough. There’s more confusion this season, even for former blue-chip prospects at a blue blood program: certain prospects, those who don’t have a guaranteed first-round slot, have a lot of stuff to factor in.

And with the draft process currently in limbo, all bets are off. If that’s the case, there’s a very real chance Stanley and Hurt could return — along with Moore. (Duke recently cancelled Summer Session I classes, which were set for May 13-June 25.)

Add that trio to a rotation with returning veterans Joey Baker and Jordan Goldwire, and a loaded recruiting class, Duke very quickly has an excellent roster for 2020-21. However, the rotation could be busy, which could be enough to push someone like Tape in the opposite direction.