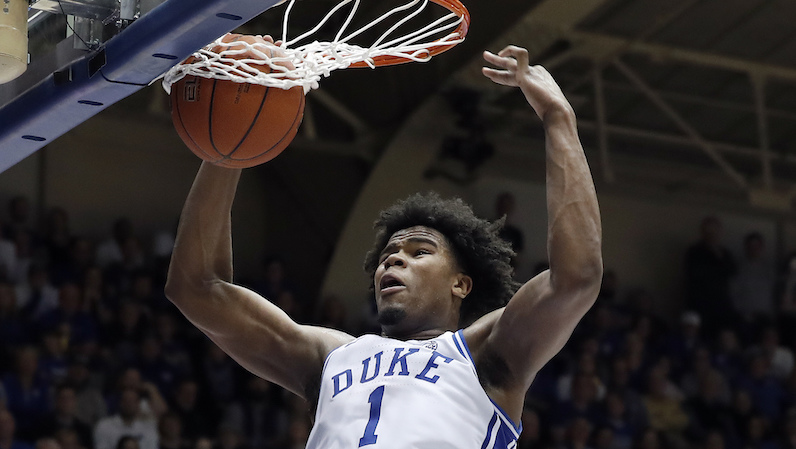 It’s been a plentiful award season for Duke’s Vernon Carey Jr., and on Monday that continued. Carey was named the Freshman of the Year by the NABC.

Carey averaged 17.8 points, 8.8 rebounds and 1.6 blocks per game this season for the Blue Devils. In 31 games this season, VCJ posted 15 double-doubles, while shooting 59 percent on his 2-point attempts. Carey slammed home 47 dunks this season, too.

. @DukeMBB Vernon Carey Jr., has been named the National Freshman of the Year by the National Association of Basketball Coaches. @WNCN pic.twitter.com/hGaLBs2jjt

Carey led the Blue Devils with a 30.3 percent usage rate; he also drew 7.9 fouls per 40 minutes, which ranked No. 3 in the nation. A true interior presence, Carey averaged 7.5 post-up points per game on 53.2 percent shooting, according to Synergy Sports.

NABC Freshmen of the Year winners:

No pressure, next year's Duke guys

Can Patrick Tape fill the (likely) void left by VCJ?