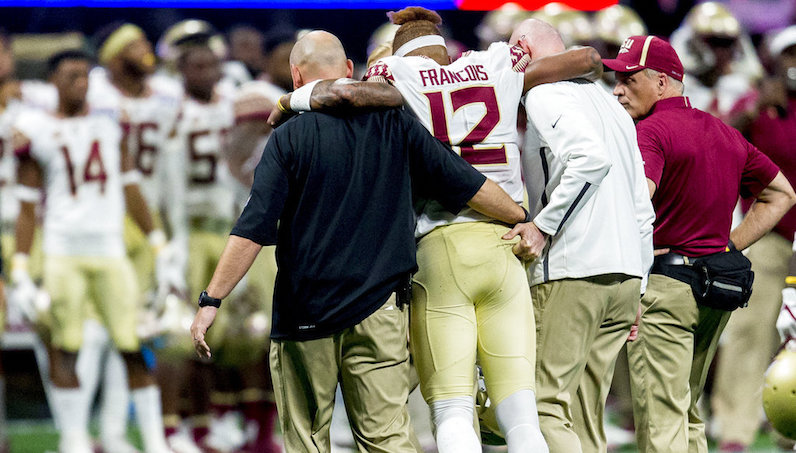 Florida State quarterback Deondre Francois (12) is helped off the field after an injury during the second half against Alabama, in an NCAA college football game, Saturday, Sept. 2, 2017, in Atlanta. (Vasha Hunt//AL.com via AP)

In the fourth quarter of Florida State’s week one loss to Alabama, starting quarterback Deondre Francois suffered a serious knee injury. It will cost him the remainder of the season; he will be replaced by true freshman James Blackman.

Durham: “I know what Florida State is on defense, and they showed you against Alabama. Take away a botched special teams, and two explosive offensive plays, and you have a Florida State defense from 25 years ago.”

However, this injury knocks FSU down a championship peg, which ACC team emerges as the best in the league? Listen in.

Cutcliffe excited for Duke-Northwestern, building for the rest of 2017