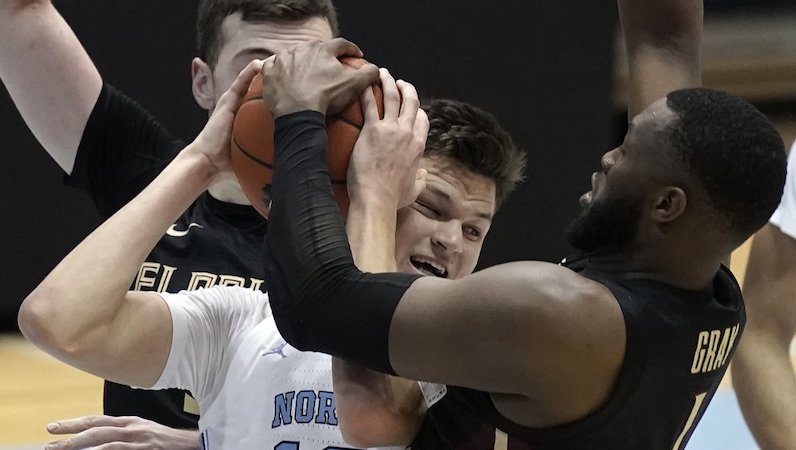 After one season at North Carolina, freshman center Walker Kessler will leave Chapel Hill and enter the NCAA transfer portal.

The 7-foot-1, 245-pound Kessler appeared in 29 games this season, averaging just 8.8 minutes per contest. Kessler averaged 4.4 points, 3.2 rebounds and 0.9 blocks per game. While Kessler started to elevate his play over the final month of the season, including a monster performance vs. Florida State (20 points, 8 rebounds), he was the fourth big in UNC’s crowded frontcourt.

Kessler arrived in Chapel Hill as a 5-star recruit; 247 Sports labeled Kessler as one of the top 30 prospects in the 2020 class. Prior to his commitment to UNC, Kessler was believed to be a Duke lean. Around when Caleb Love committed in the fall of 2019, though, Kessler also picked North Carolina. Kessler and Love committed to UNC about one week apart from one another. (Kessler also considered Auburn and Gonzaga.)

Day’Ron Sharpe, another 5-star center, was also in that 2020 recruiting class, though. When Garrison Brooks and Armando Bacot decided to return for the 2020-21 season, it was obvious that splitting playing time would be a challenge.

Following North Carolina’s loss to Wisconsin in the 2021 NCAA Tournament, buzz started to circulate that UNC’s roster could experience some turnover. However, with Sharpe a strong candidate to go to the NBA Draft, Kessler seemed in line for a much larger role in 2021-22.

Garrison Brooks could return for his “super senior” season, though his status is a bit of a mystery; there’s some chatter that Brooks could remain in college basketball, but transfer to another school, too.

Armando Bacot had a strong sophomore season, but he’s a remote NBA prospect, at this point. He could leave for the draft, return to UNC or look to another schools as well.

If one of Brooks or Bacot left, then Kessler would not only be a lock for a starting role; he’d likely be a featured player on North Carolina’s roster. That option is now gone, however. Where UNC moves from here will be very interesting; a wild offseason is on the horizon, and the Tar Heels may have more moving pieces than initially accounted for.