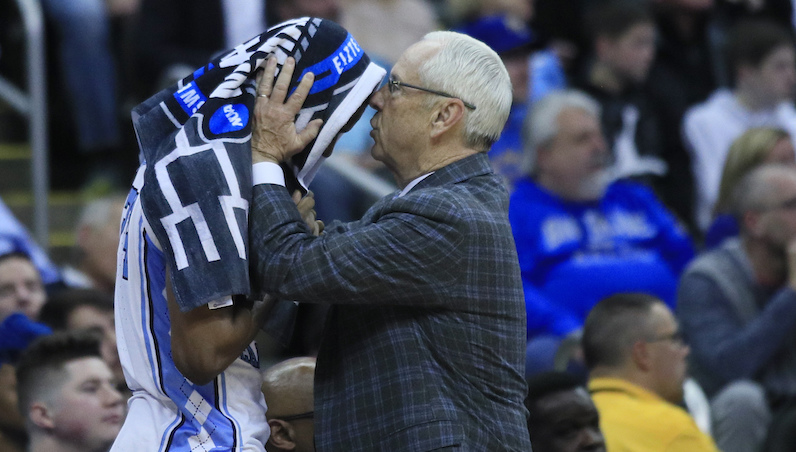 "I felt like it was the best fit for me. The winning tradition, the opportunity to play under a Hall of Fame coach, the culture of excellence and importance of family."

The Tar Heels now have three five-stars in 2020.

With Cole Anthony set for a monster one-and-done season in Chapel Hill, Love looks like the heir to North Carolina’s point guard throne. UNC is set up to pace that baton from Coby White, the No. 7 pick in the 2019 NBA Draft, to Anthony, a projected top-three pick, and Love.

This continues an incredible back-and-forth between UNC and Duke over the last few weeks. The Blue Devils, after the commitment of Henry Coleman last Friday, have four 2020 commits, all top-40 prospects. Within that group, Duke has three 5-star prospects, too: Jalen Johnson, DJ Steward and Jeremy Roach. Kessler, of course, was a target of Duke before committing to North Carolina.