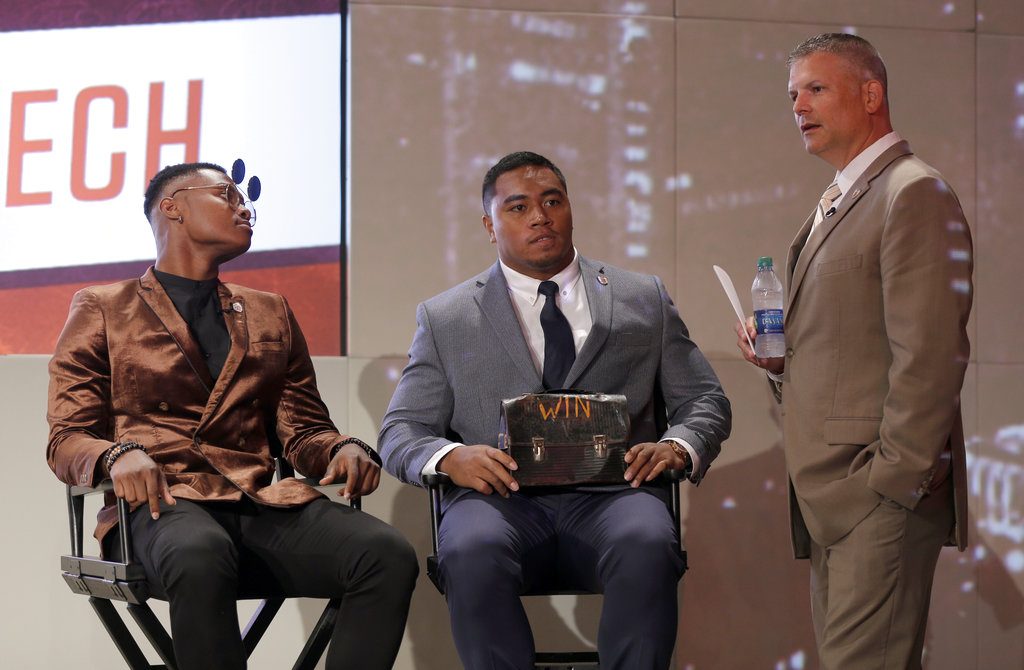 It’s safe to say that Justin Fuente’s first season at Virginia Tech was a massive success. The Hokies were Coastal Division champs and won 10 games — including an incredible comeback victory in the Belk Bowl against Arkansas.

Justin Fuente has a lot to like for 2017, too. The team returns plenty of talent; however, Tech will miss quarterback Jerod Evans, who left school early.

Fuente joined David Glenn at ACC media days to talk about a variety of topics: replacing Frank Beamer, who makes the best cookies in Blacksburg, the importance of Bud Foster and Virginia Tech football traditions.