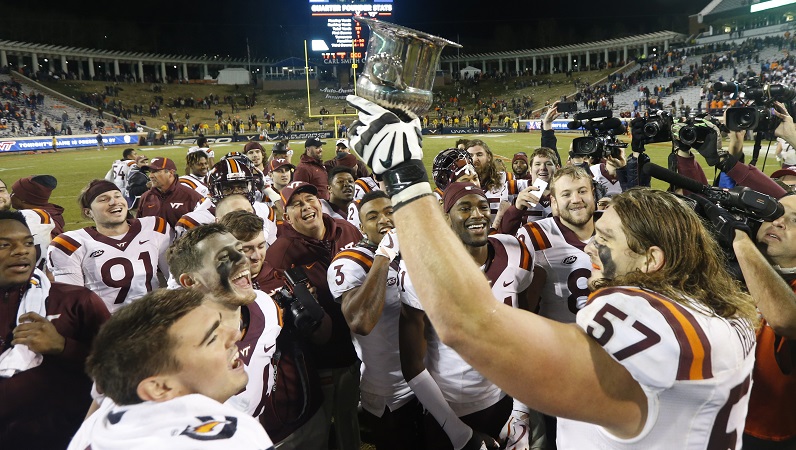 Givens plays his prep football for Daleville (Va.) Lord Botetourt — about 45-minute drive northeast of Virginia Tech’s campus. According to 247 Sports, Givens ranks as the No. 131 prospect in the 2022 recruiting class and the No. 4 player in the state of Virginia. Givens in the No. 4 interior offensive lineman prospect in the class, too.

This is a massive commitment for Justin Fuente and the Hokies. Obviously, it’s crucial to land top in-state talent. However, the recruitment for Givens became a national competition, which makes Virginia Tech’s success even sweeter.

Givens took an official visit to Blacksburg back in early June, but this recruitment dates back nearly two full years to when VT first offered Givens, who grew up a Hokies fan.

Virginia Tech now has 19 commits in its 2022 class, which ranks 15th nationally and third among ACC programs. Givens is the top overall prospect in the class. He’s joined atop the list, though, by 4-star running back Ramon Brown.

This class is coming at an important time for Fuente. The Hokies are coming off a 5-6 season, and the last few seasons have been shaky for a program that’s used to stability.