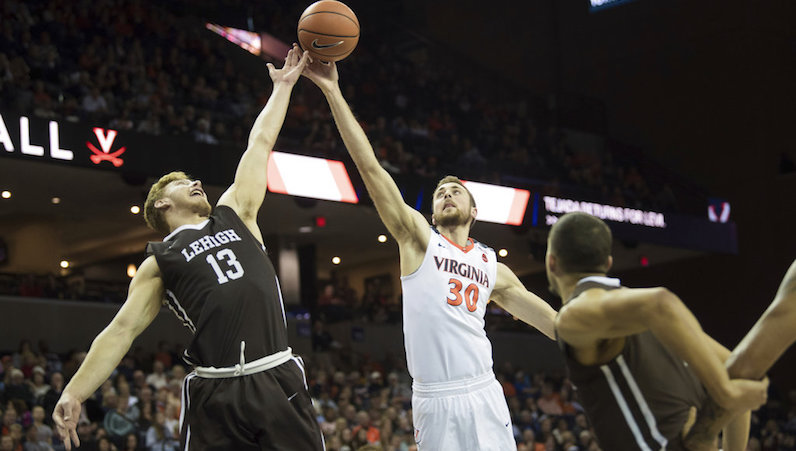 Basketball is certainly a sport that requires adjusting on the fly. In the college game that can be as true for roster management as it is on the court mid-game.

Just think about the ongoing evolution of Virginia’s front court. Two years ago at this time there was a clear plan. The Cavaliers had rugged center Jack Salt and tough defensive forward Isaiah Wilkins bringing a veteran presence to go along with a potential superstar in Memphis transfer Austin Nichols. Young, but extremely raw, power forward Mamadi Diakite was also there to provide some minutes when needed.

That allowed UVA coach Tony Bennett the luxury of redshirting a pair of promising recruits — De’Andre Hunter and Jay Huff — so they could become the focal point of the frontcourt for years to come after Wilkins and Nichols graduated.

Fast forward to the present. Salt is preparing for his fourth season as a starter, but Wilkins’ eligibility is gone while Nichols played only one game for the Cavs before he was kicked off the team.

Hunter and Huff, for vastly different reasons, are unlikely to be the veteran anchors in the post after 2019. Hunter, a potential lottery, pick is almost certain to head to the NBA after next season. Huff, a 7-footer with an intriguing set of offensive skills, has been slow to pick up Bennett’s Pack Line defense, is currently facing a long recovery from a shoulder injury and may have been recruited over.

So much for a clear line of succession.

The lineup in 2020 and beyond may look quite a bit different than once anticipated, but Bennett and Co., still clearly have a plan; one that centers around a new transfer pickup in Braxton Key.

Key, a 6-foot-8 forward who played two seasons at Alabama, will sit out this season but could step right into the starting lineup if and when Hunter goes pro. Key, whose uncle is Virginia legend Ralph Sampson, averaged 12 points per game at Alabama as a freshmen. But with Collin Sexton dominating the ball for the Crimson Tide last season, Key’s role in the offense shrunk.

It’s been a busy few weeks for the Cavs on the recruiting trail, with the addition of Argentinian 7-footer Francisco Caffaro. Caffaro will be in Charlottesville this fall, and at age 17 is a rapidly improving prospect who could challenge for minutes many once assumed would belong to Huff at this point.

Factor in redshirt freshman Francesco Badocchi — who was considered more of a small forward coming out of high school, but UVA coaches say has shown the ability to play a similar role to Wilkins — and the big men on the court may look much different than once imagined.