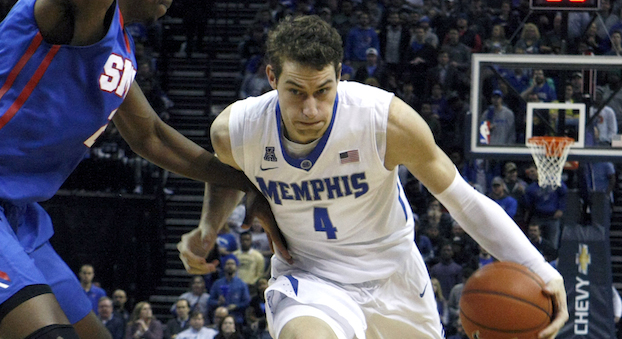 Austin Nichols will be the low post hub for Virginia next season. (AP Photo/Karen Pulfer Focht).

As Tony Bennett built Virginia into a basketball power the last four years, the Cavaliers have become known for their pack-line defense, and to a lesser extent, a methodical offense. Valuing possessions, embracing pace, whatever you want to call it — Virginia takes their darn time with the basketball when they have it. Whether you enjoy the aesthetics of it or not, there’s no questioning its effectiveness; the Cavaliers have ranked inside the top 25 in offensive efficiency in each of the last three seasons, according to KenPom. In 2015-16, they had the No. 9 offense in the nation. During this stretch of time, the Cavs have won a combined 89 games and an ACC championship.

It may seem impossible for a team that averaged just 71 points per game (232nd in the nation) to be a potent offensive force, but this is what happens when you adjust for pace; it makes a gigantic difference. Here’s the thing, though: to run an offense that reduces possessions and focuses on efficiency, you need some really good players, which is something Virginia has had the last few years (it also requires top-notch perimeter shooting, more on that in a second). Unfortunately for Bennett, three quality players, two of whom were incredibly gifted offensively: guard Malcolm Brogdon and big man Anthony Gill — center Mike Tobey, currently a member of the Charlotte Hornets, is the third player — have depleted their eligibility.

Those three seniors combined to score 39.3 points per game a season ago. So, how will Bennett go about replacing their production? Enter: Memphis transfer Austin Nichols.

To read more on how Austin Nichols will function as a Cavalier, sign up for basic access to ACCSports.com.