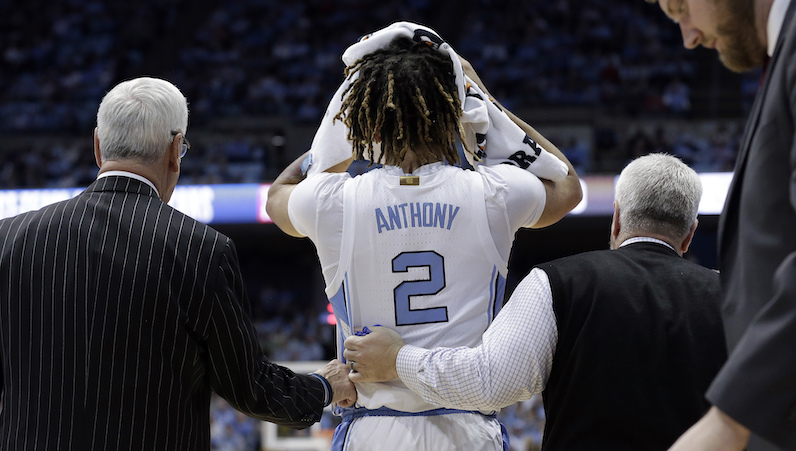 Cole Anthony is expected to miss the next 4-6 weeks for North Carolina (6-4), according to a release from the university of Tuesday. On Monday, Anthony underwent an arthroscopic procedure to treat a partially torn meniscus in his right knee. That injury caused Anthony to miss Sunday’s loss to Wofford; a few hours before tip-off, Anthony was declared out indefinitely by the school.

Anthony is UNC’s leading scorer — 19.1 points per game, including an ACC record 34 points against Notre Dame in the season opener. North Carolina relied heavily on Anthony to drive its offense the first nine games of this season; along with leading the team in assists (3.4 per game), Anthony also led the name in usage rate — 32.2 percent, a big number — while drawing 6.2 fouls per 40 minutes.

UNC is set to play at No. 6 Gonzaga on Wednesday night — one of the most anticipated games on the non-conference schedule. In the release, North Carolina head coach Roy Williams mentioned just how difficult things will be more his team without Anthony:

Obviously not having a player of Cole’s caliber will be a tremendous challenge to our young team, but we have to play. No one player is going to replace the production Cole Anthony gives us, so it’s up to everyone who puts on a North Carolina jersey to raise his game and help our team play better.