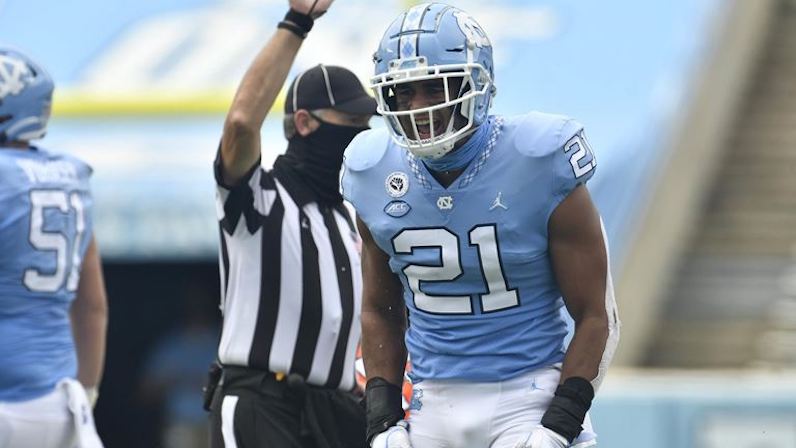 Chazz Surratt has finished his career with UNC football. Surratt joins teammate Michael Carter as the second high-profile Tar Heel to opt out of the Orange Bowl — Jan. 2 vs. Texas A&M.

UNC linebacker Chazz Surratt announces on IG he will begin prep for the NFL draft and not play in the Orange Bowl.
Needless to say that’s a huge blow for the Heels defense pic.twitter.com/qjLF3dsmGG

Surratt is one of the early success stories of the Mack Brown era 2.0. After starting his college career as a quarterback, Surratt flipped to the defensive side of the ball for the 2019 season. Surratt was an instant hit on as a linebacker; playing in the middle of the defense, Surratt recorded 115 tackles.

During his final season of college ball, Surratt recorded 91 tackles (8.3 per game), six sacks and one interception.

Prior to the start of the 2020 season, Sage Surratt (Chazz’s brother), a star wide receiver at Wake Forest, opted out to prepare for the NFL Draft, too.

While it will hurt to not have Surratt in the middle of the field vs. Texas A&M, this will generate reps for younger UNC defenders: Khadry Jackson, Chris Collins and Eugene Asante.