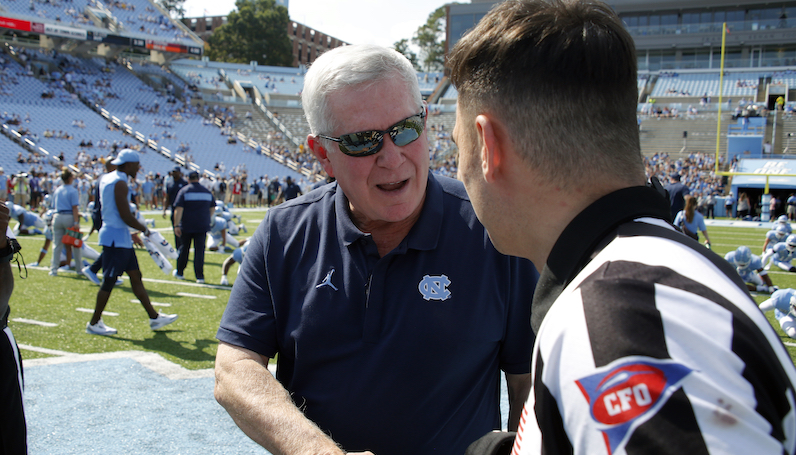 When the ACC unveiled its official schedule this week for the makeshift 2020 season, UNC football was one of two league programs that was yet to name its lone non-conference opponent. Clemson was the other team. North Carolina had a date — Sept. 19 — but no opponent to announce at the time. That changed quickly, though.

On Saturday morning, it was announced that Charlotte football will travel to Chapel Hill to matchup with UNC. This will be North Carolina’s second game of the season; the Heels open things up the week prior against Syracuse, also at Kenan Stadium.

In the ACC’s 10-plus-1 schedule model, league teams are set to play 10 conference games and one out-of-conference opponent.

We’ll head to Chapel Hill to visit Mack and the Heels on Sept. 19 ✅

For Charlotte, this means the 49ers are set to play two ACC programs in 2020. Will Healy’s club is scheduled to play Duke in Durham on Oct. 31.