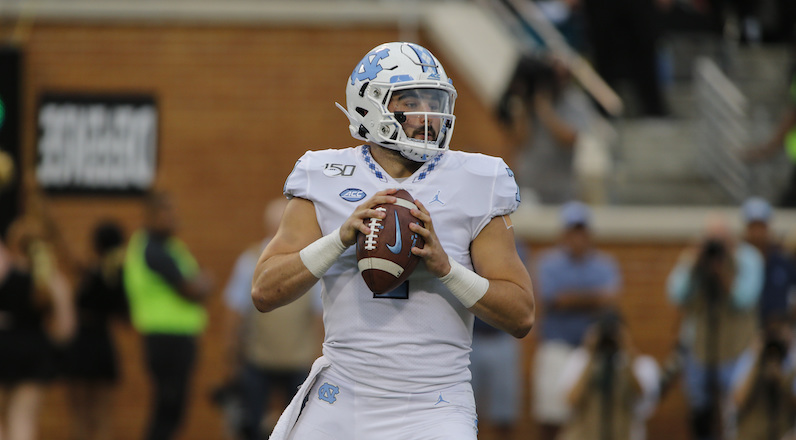 Sam Howell, the signature player of the Mack Brown 2.0 era in Chapel Hill, has declared for the 2022 NFL Draft. While this has been the expected decision for months — if not years — now, Howell never made an official decision until this weekend.

Howell will be one of the top quarterback prospects in the 2022 Draft.

Trust in the Lord with all your heart and lean not on your own understanding; in all your ways submit to him, and he will make your paths straight.

The 2021 season fell well short of expectations for UNC; however, Howell still put together a strong junior campaign. Howell completed 62.5 percent of his passes, while throwing for 3,056 yards, 24 touchdowns and nine interceptions. It marked the third straight season he’s thrown for 3,000+ yards and at least 24 touchdowns. Howell also ran for 829 yards and 11 touchdowns.

During his three seasons with UNC, Howell threw for 10,283 yards, which is the most in program history. Howell jumped TJ Yates (2007-10) and is the only North Carolina player to compile over 10,000 passing yards.

With Howell gone, UNC will likely turn to players on the current roster — or an incoming recruit — to replace Howell, who played in North Carolina’s mayonnaise-soaked bowl game loss to South Carolina. For UNC to breakthrough under Brown in 2022, this means one of Drake Maye, Jacolby Criswell or incoming freshman Conner Harrell, the Gatorade 2022 Alabama Player of the Year, must step up to replace Howell.

Listen to more on Sam Howell and UNC Football