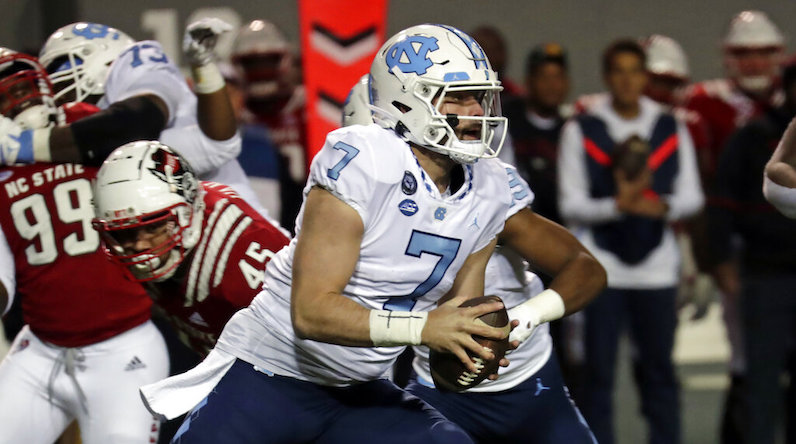 According to North Carolina football coach Mack Brown, not much has changed regarding Sam Howell’s 2022 NFL Draft stock. During an interview on WSJS Sports, Brown explains to host Josh Graham that Howell’s stock is the same as it was three years ago, when agents started calling about the quarterback: Brown is confident that his QB projects as a first-round talent.

That’s if Howell decides to go pro, obviously. Brown says that his job is to provide his players with as much information as possible — then let them make their own decisions. North Carolina also brought in Darrell Moody, a former NFL scout, back in 2019 to help players with this process.

Howell — a record-setting quarterback — has yet to make an official announcement regarding his 2022 football plans. For now, Howell will prepare to lead UNC in the bowl game matchup vs. South Carolina — the 2021 Duke’s Mayo Bowl.