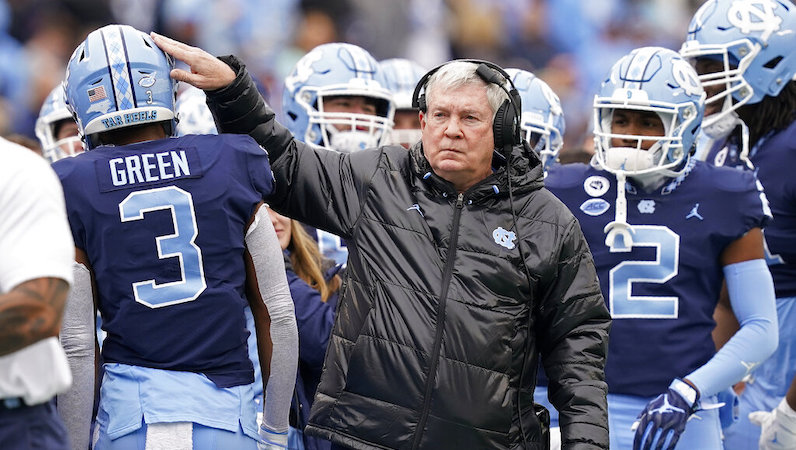 With junior quarterback Sam Howell likely to depart for the 2022 NFL Draft, North Carolina football must be prepared to pivot at the position. Over the last three seasons, Howell has been the de facto on-field face of the Mack Brown era, 2.0.

As Brown tells host Josh Graham on WSJS Sports, though, he’s confident that his next quarterback is on his current roster. Brown mentions that a couple transfer quarterbacks reached out to UNC; however, the plan is to decide between Drake Maye, Jacolby Criswell and incoming freshman Conner Harrell, the Gatorade 2022 Alabama Player of the Year.

While Criswell and Maye are already competing for the position, Brown says he’s looking forward to 2022 Spring football — when things will start to heat up.

Howell will play for UNC in the bowl game this year.

Listen to Mack Brown on next year’s QB situation