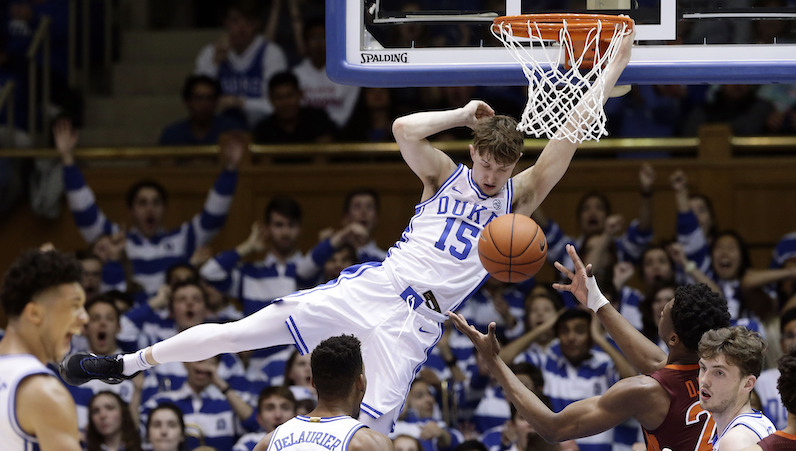 According to a note from Jon Rothstein, the NCAA could move back its vote on a new transfer policy. The hope was for the NCAA to vote on and pass legislation that would allow athletes a one-time transfer exception. In theory, the new policy could go into effect for the 2020-21 academic/athletic year. Per ESPN:

The working group is seeking feedback from Division I members through student-athlete representatives, conference offices, impacted coaches’ associations and other collegiate athletic professional organizations. The group will take that feedback into the council’s April meetings and according to the NCAA release, the group’s goal is to have the new criteria approved for transfer in the 2020-21 academic year.

Discussions, however, have started to take place to push that vote back from April to June. That’s understandable given the current state of affairs with COVID-19. In the vacuum of college athletics, though, this is a potentially big deal; it could have a very serious impact a lot of potential transfers, especially if the vote is moved back two months.

Source: The NCAA is discussing moving the vote for immediate eligibility for transfers from April to June.

Looking at a couple of recent examples: this could pose as a potential problem for basketball players with ACC ties. After three seasons at Duke, Alex O’Connell entered the transfer portal; however, he’s not set to play next season as a graduate transfer. AOC would either need a waiver or some alteration to the transfer policy.

Over at Virginia Tech: after redshirting the 2018-19 season, Landers Nolley put up big scoring numbers as a high-usage forward this season. Less than two weeks ago, though, Nolley put his name in the transfer portal — for the second time in two years.

Similarly, if Nolley can’t get a waiver, he, too, would need the NCAA’s one-time transfer exemption. Nolley’s already taken one redshirt season.

On top of all of this, the NCAA waiver process can be a bear to deal with; we’ve seen countless examples of seemingly arbitrary rulings and frustrated coaches — results of a drawn out and mysterious process.

Athletes like O’Connell and Nolley could experience uncertainty in the transfer marketplace if it’s not clear until June that the NCAA will change its transfer policy for the 2020-21 season. Beyond that, waiting for a waiver can take months and push into the following season. That adds even more uncertainty and frustation to the mix.