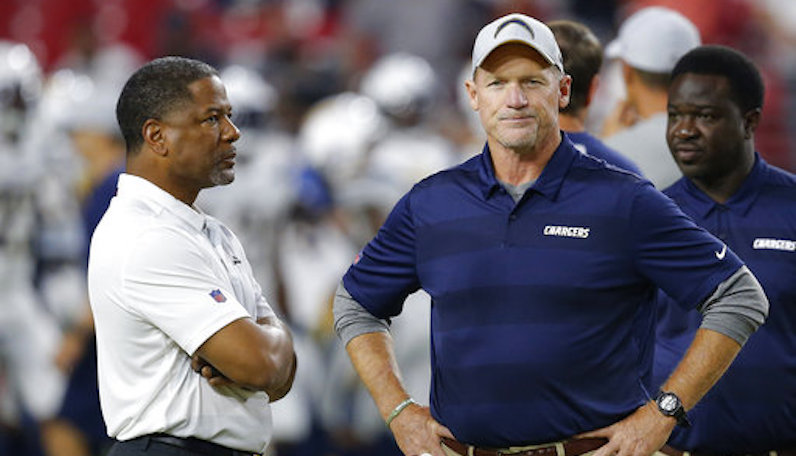 Ah, yes. The coaching carousel continues to spin — or something like that. Earlier this week, Paul Johnson announced his decision to retire from coaching. For the first time in 11 seasons, Georgia Tech is looking for a new football coach. Well, according to ESPN’s Adam Schefter, one of the main targets will be Los Angeles Chargers offensive coordinator Ken Whisenhunt. He’s expected to interview for the position this weekend.

Whisenhunt attended Georgia Tech, which would like to hire someone with NFL experience connected to the school, per source.

Whisenhunt played football at Georgia Tech (1980-84), and was teammates with current athletic director Todd Stansbury. He’s spent the last 20 years coaching in the NFL, including two stints as a head coach: Arizona (2007-12) and Tennessee (2014-15). Whisenhunt has been the offensive coordinator for the Chargers since 2016; he also held that position during the 2013 season, too.

There are two other important candidates to consider: Clemson co-offensive coordinator Tony Elliott and Alabama offensive line coach Brent Key. Others could be in the mix, too.

#GaTech's coaching search has some overlap with the #Louisville search now that Jeff Brohm's staying at Purdue. Would GT really pass up a Geoff Collins, Neal Brown or Scott Satterfield or Tony Elliott for Ken Whisenhunt? https://t.co/zE1Mm68RIC