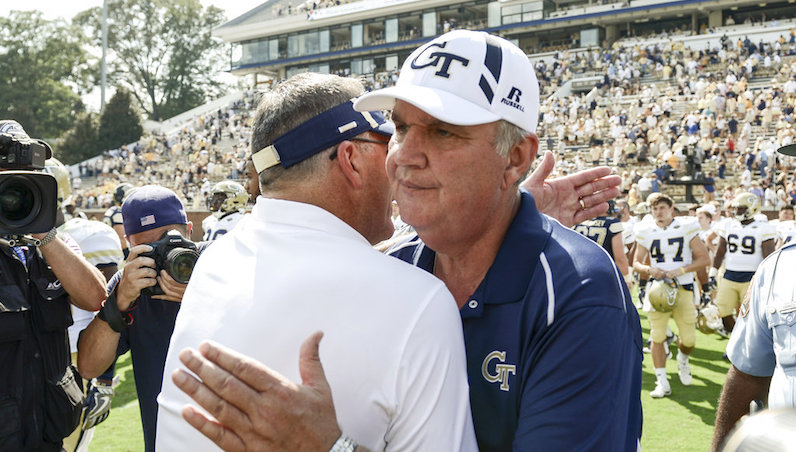 Georgia Tech Football is 2-1 on the season — the lone loss coming in a nail-bitter to Tennessee. Paul Johnson, coach of the Yellow Jackets, stopped by The David Glenn Show on Thursday.

Johnson and DG discussed his team’s upcoming matchup with North Carolina. If you’re talking with anyone in college athletics these days, then the topic of Louisville and the FBI’s investigation comes up.

In classic PJ form, though, he offered his own humorous two cents on the investigation:

Paul Johnson: When the FBI/CBB stuff broke, for once in my life, I said I'm glad we're with Russell Athletic.

Click to listen to the entire interview with Paul Johnson

DG on Rick Pitino and Louisville