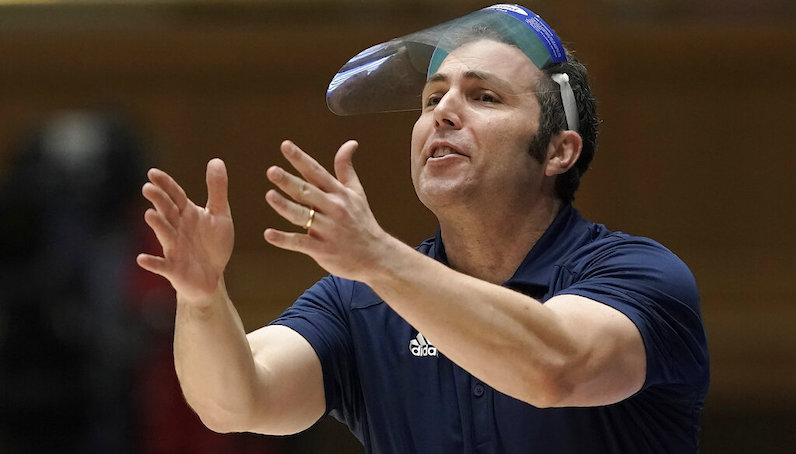 This week’s AP Top 25 Poll is out. Once again, only one ACC men’s basketball team is in the poll: the No. 6 Duke Blue Devils.

Only two other ACC programs even received votes in the poll: Miami and North Carolina.

Currently, only two ACC teams land inside the top 25 of KenPom’s adjusted efficiency margins: Duke and North Carolina. Virginia Tech is the only other team inside the top 45.

The always loquacious Pastner ranted about this on this week’s ACC basketball teleconference: “I think they’re good enough to go to the Final Four.”

Here is Josh Pastner’s rant about UNC and the ACC only having one ranked team. @ACCSports pic.twitter.com/xMAqpYAxPx

Of course, over the weekend, Georgia Tech lost to North Carolina for the second time this season. The Tar Heels have outscored the Yellow Jackets by a total of 40 points across two matchups.

Tar Heels land at No. 2 in this week’s ACC Power Rankings