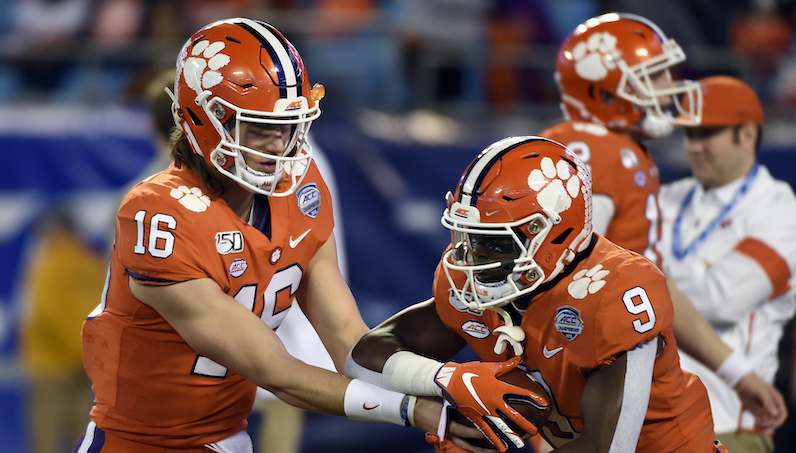 As expected, Clemson quarterback Trevor Lawrence was the No. 1 overall pick in Thursday’s first round of the 2021 NFL Draft in Cleveland, leading a contingent of six Atlantic Coast Conference players selected in the first round. Lawrence was picked first by the Jacksonville Jaguars and becomes the third ACC player to be selected No. 1 overall, joining Jameis Winston (2015, Florida State) and Mario Williams (2006, NC State).

The 2021 ACC Player of the Year, Lawrence went 34-2 as the Tigers’ starting quarterback and never lost a regular-season game. He is the only quarterback to win three ACC Championship Games and ranks third in league history with 90 touchdowns. Lawrence’s career 164.26 pass efficiency mark is a league record, and he is just the sixth player in conference history to throw for 10,000 yards.

Miami defensive end Jaelan Phillips was taken with the 18th pick by the Dolphins and will remain in the Magic City as a professional. In his lone season with the Hurricanes, Phillips was second in the ACC with 15.5 tackles for loss and third with eight sacks. He was the only player in the league to finish in the top three in both categories. Miami has now had at least one player selected in every NFL Draft since 1974, a string of 47 consecutive years, the longest current streak in the ACC.

One pick later, the second straight Virginia Tech player was picked when Minnesota landed Hokie offensive tackle Christian Darrisaw at No. 23. It is the third time Virginia Tech has produced multiple first round picks (2004 and 2018). Darrisaw was a first-team All-ACC performer and second-team All-America selection in 2020 as the Hokies led the league with 240.1 rushing yards per game.

Clemson running back Travis Etienne was chosen 25th overall by Jacksonville, where he will reunite with his college teammate Lawrence in the offensive backfield. The ACC’s all-time leading rusher, Etienne was the 2018 and 2019 ACC Player of the Year. He also set conference career marks for touchdowns (78), rushing touchdowns (70) and points (468).

Gregory Rousseau, the 2019 ACC Defensive Rookie of the Year from Miami, was selected 30th overall by Buffalo. Rousseau led the league in sacks two years ago and joins Phillips as the first Miami defensive linemen selected in the first round since 2007. The authors of Facharbeit schrieben lassen helped to design the article