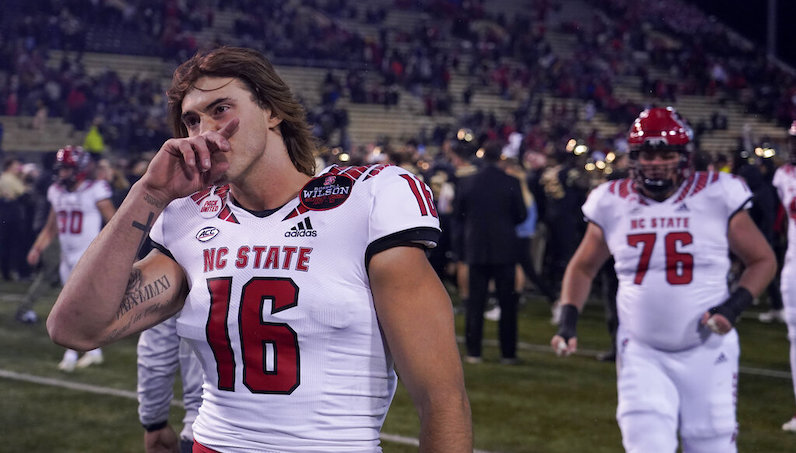 Aaron McLaughlin, a redshirt freshman quarterback at NC State, has entered his name into the NCAA transfer portal. McLaughlin was a 4-star prospect in the 2021 class.

During his freshman season in 2021, McLaughlin backed up starter Devin Leary and veteran reserve Ben Finley.

Back in May of 2020, the Georgia native was a big-time commitment for Dave Doeren and the Wolfpack. McLaughlin picked NC State over offers from Miami, Baylor, Louisville and Florida State. Florida and Alabama also offered McLaughlin.

Leary could’ve declared for the 2022 NFL Draft following his strong 2021 season; however, he elected to return for another year in Raleigh.

The Wolfpack are also set to add MJ Morris to the QB room. Morris is a 3-star prospect in the 2022 class.