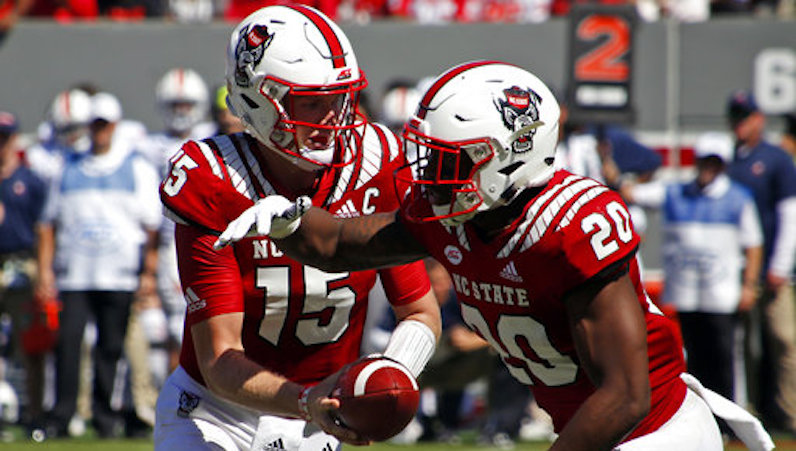 NC State football now has two commitments in its 2022 recruiting class. The addition of 3-star quarterback MJ Morris is significant. Not only does Morris come in at a position of need — the more QBs, the better — but he’s also a nice talent addition.

The 6-foot-2, 190-pound Morris is a two-sport athlete for Pace Academy in Atlanta. Morris received scholarship offers from Alabama, Georgia, Auburn, Penn State, Oregon, Michigan, LSU and Miami, among others.

The only other commitment in NC State’s 2022 recruiting class is 3-star offensive lineman Rylan Vann, a local prospect from Cary. However, with the summer approaching and NCAA recruiting measure approaching some level of normality, things are likely to heat up quickly for the Wolfpack.

With the addition of Morris, though, Beck continue to build a strong QB room inside the Murphy Center. Devin Leary, the team’s starter and a rising star in the ACC, is just a redshirt sophomore.

Behind Leary, Ben Finley showed flashes in spot duty during the 2020 season, when called upon. He’s still technically a freshman.

NC State hoops to play Purdue in Brooklyn on Dec. 12