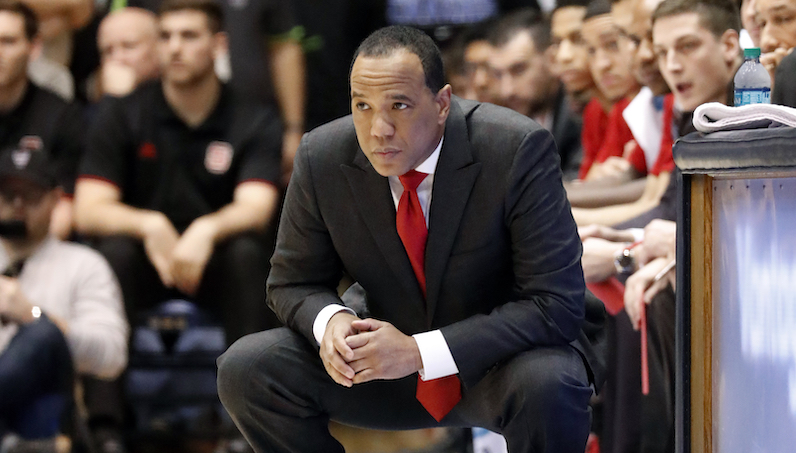 The ACC-Big Ten Challenge matchup between NC State and Michigan is officially postponed. Word start circulating on the likelihood of this outcome early in the afternoon on Monday; however, Matt Norlander of CBS Sports officially broke the news.

After a weekend with no update, this game seemed unlikely to happen, especially given the recency of the positive test and necessary travel. The matchup with Michigan was scheduled to take place in Ann Arbor.

According to NC State, everyone with the program tested negative before traveling to Connecticut. The positive test result was produced on Friday, Dec. 4.

All members of the NC State program provided a negative test result prior to travel to Connecticut. All members received a PCR test immediately upon arrival at Mohegan Sun and again received negative results prior to their matchup against UMass Lowell on December 3.

This now marks the second ACC-Big Ten Challenge game that’s been severely interrupted by COVID-19 concerns. About an hour before the NC State game was called off, Louisville postponed its matchup with Wisconsin.

There are a few important details to keep in mind here, too. The NC State-Michigan game has not been officially canceled — yet. However, that’s subject to change, potentially. If Michigan adds another game in place of NC State, the Wolverines will have fill up their entire non-conference slate. So, if Michigan schedules another opponent this week, then the matchup with NC State is canceled.

If Michigan schedules another game this week then the NC State game is canceled not postponed.

U-M only has one non-conference game left. https://t.co/Dacc4qrREJ

Wolfpack plan to play all 10 ACC games at PNC Arena