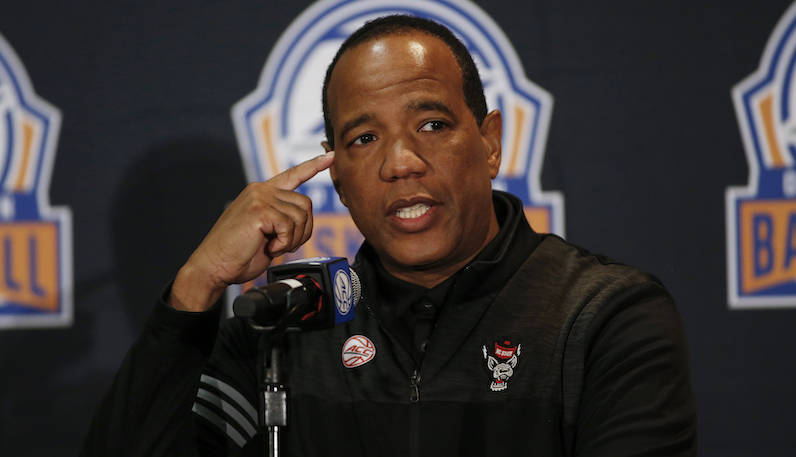 According to a release from NC State basketball, Saturday’s matchup with UConn has been canceled. The decision follows a positive test result for COVID-19 inside NC State’s traveling party.

All members of the NC State program provided a negative test result prior to travel to Connecticut. All members received a PCR test immediately upon arrival at Mohegan Sun and again received negative results prior to their matchup against UMass Lowell on December 3.

However, the team was tested again Friday morning — around 24 hours before the matchup with UConn. This round of testing produced the positive result.

The Wolfpack arrived up in Uncasville, Ct earlier this week for a game on Thursday with UMass Lowell, which NC State won easily.

More information will be forthcoming from NC State basketball.

NC State is one of several ACC men’s basketball programs currently in limbo due to COVID-19. Earlier this week, Wake Forest had to pause team activities due to the virus. A walk-on from Syracuse basketball tested positive this week, too; due to contact tracing, Buddy Boeheim will miss the team’s next two games.

Late Thursday night, Louisville had to cancel a game against UNC-Greensboro due to a positive test within the program as well.