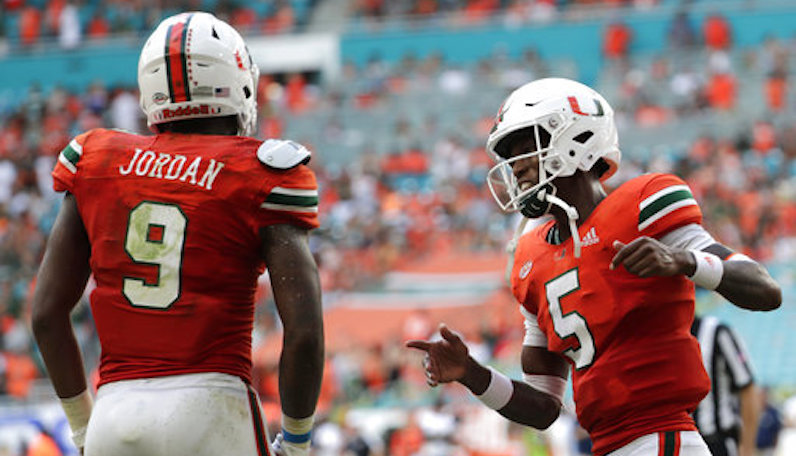 Earlier this week, Miami coach Manny Diaz said he expected star junior tight end Brevin Jordan to return to the field at NC State. However, one hour before kickoff Miami announced that 11 players — including Jordan — would be unavailable for action Friday night in Raleigh.

During the first four games of the season, Jordan hauled in 18 receptions (4.5 per game) for 243 yards (13.5 per catch) and three touchdowns.