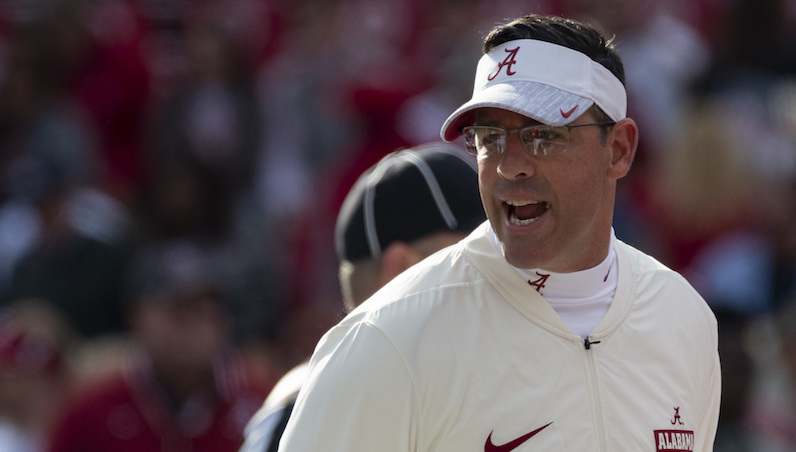 After a few days of speculation, and some rumors that involved former UNC coach Larry Fedora, Miami has found its offensive coordinator. According to Susan Miller Degnan of the Miami Herald, Manny Diaz and Miami have tabbed Alabama quarterbacks coach Dan Enos the new offensive coordinator.

BREAKING: Miami Herald has confirmed through a source that Alabama quarterbacks coach Dan Enos will become the new University of Miami offensive coordinator.

Enos is a well-traveled coach; he spent just one season at Alabama, too. However, in that one season, the Tide set all kinds of offensive records behind wunderkind quarterback Tua Tagovailoa, a dominant offensive line and a nasty group of receivers and running backs.

Enos, who played quarterback at Michigan State (1987-90), was a coveted commodity as a coaching hire this offseason; this seems like a good get for Diaz and Miami. This also further opens up the possibility of Jalen Hurts transferring to Miami, too.