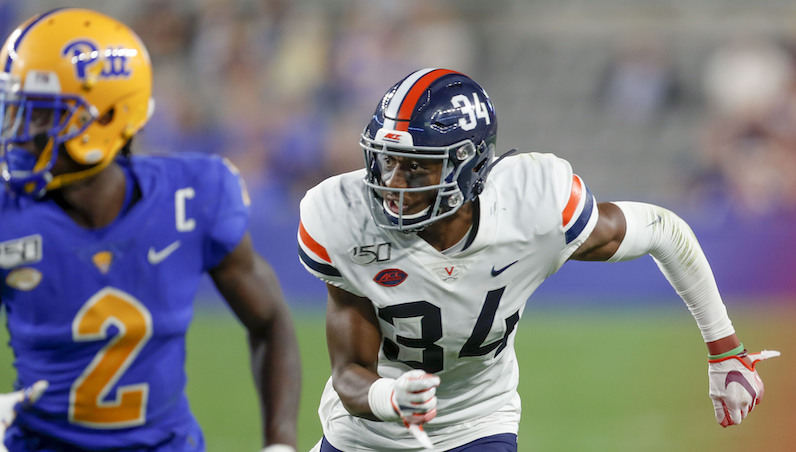 This seemed like an inevitability, but it was confirmed on Monday by Virginia’s Bronco Mendenhall: All-ACC cornerback Bryce Hall is out for the season. Hall suffered a nasty looking leg injury during the second quarter of Virginia’s loss at Miami last Friday. He left the field in a cart.

For Hall, a senior who has been at UVA for the entirety of Mendenhall’s tenure, this ends his storied college career.

Hall, of course, could’ve left for the NFL Draft after the 2018 season; however, he elected to return to Charlottesville for one more year. That, unfortunately, has been cut far too short.

Through the first six games of the 2019 season, Hall registered 20 tackles, including three for loss. As a junior in 2018, Hall led the nation with 22 pass breakups. He also intercepted five passes during his time with the Cavaliers.

Bryce Hall told his coach that he is a "human buoy" on the bus after the game that ended his college career. It's absolutely incredible what an incredible person he is. He's ready to lift up others in a moment he could have been in his feelings and rightfully selfish.

For Virginia, the Cavaliers still remain in the thick of things as far as the Coastal Division goes. But no Bryce Hall is a serious blow to those odds. A few weeks before the start of the 2019 season, cornerback Darrius Bratton tore his ACL in practice. At the time, Bratton was projected to start opposite of Hall.