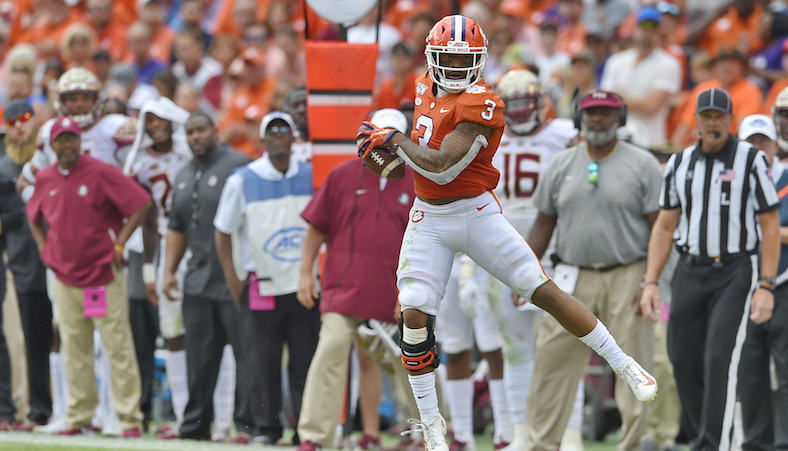 And then there was only one — for now, at least. After defeats this weekend, Wake Forest and Virginia — ranked 19th and 20th, respectively, a week ago — have fallen from the AP Top 25. Currently, there’s just one ACC team in this week’s poll: Clemson. And the Tigers, even after a blowout win over Florida State, dropped a spot — down to No. 3.

LSU, following its best Saturday night win over a(n) (overrated) Florida, moved up to No. 2. Alabama, of course, remains on top.

POLL ALERT: LSU jumps three spots to No. 2 behind Alabama in Top 25 poll presented by @askRegions; Clemson, Ohio St, Oklahoma round out top five. No. 24 Appalachian St among four teams in.

On the outskirts of the poll, though, Wake Forest and UVA at least received some votes.

This is truly not a bright spot for the league; however, this week’s poll is just one data point in a long, winding season. The ACC has six teams in the top 40 of ESPN’s FPI, but only one of those teams — Clemson at No. 3 (no duh) — ranks inside the top 30.

Even in victory, Clemson’s offense looked a little disjointed at times, too. Dabo Swinney was frustrated; the Tigers turned the ball twice, and quarterback Trevor Lawrence missed on see key throws. Lawrence’s completion rate on third down has dropped to 45 percent.

Read More on ACC Football and the AP Top 25