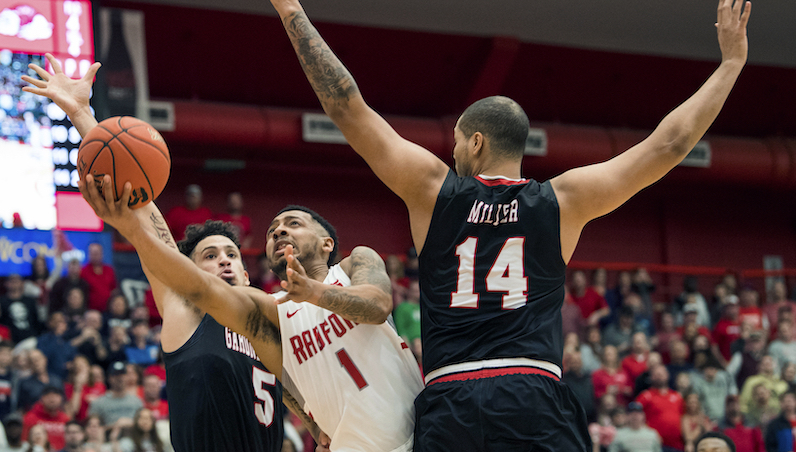 One of the top graduate transfer on the market is headed to Louisville: Radford guard Carlik Jones. A product of Cincinnati, Jones put together a prolific career at Radford; over the course of three seasons, Jones appeared in 99 games (87 starts) and scored 1,552 career points.

This season, Jones shot 59 percent at the rim, 40 percent on long 2s and 40.4 percent on 3-pointers. Half of his 3-point makes this season were unassisted; he has very real shot-creation skills.

HUGE PICKUP FOR THE CARDS.

This is especially notable for the Cardinals; Chris Mack is set to lose a lot of talent after this season. One of the most experienced teams in the country will say goodbye to veterans like Dwayne Sutton, Ryan McMahon, Fresh Kimble and Steven Enoch. Jordan Nwora could also enter the 2020 NBA Draft, too.

However, Jones and rising sophomore guard David Johnson, one of the top NBA prospects in the ACC, could form, arguably, the best backcourt in the conference next season. If Malik Williams returns, too, he should pair rather nicely with Jones and Johnson. Factor in aspiring closeout-beat Samuell Williamson at combo forward, and Louisville has an experienced, talented bunch in the fold.

Late in the season, Johnson (who has a functional handle) really started to come on as a pick-and-roll play-maker; his passing vision is excellent.

Jones, on the other hand, was one of the most efficient screen-roll creators in the country. According to Synergy, Jones scored 0.97 points per possession out of the pick-and-roll this year, which ranked No. 5 nationally (200+ possessions).

Only 6 other players have hit those marks in the same season since 2007-08, including Markelle Fultz and Jimmer