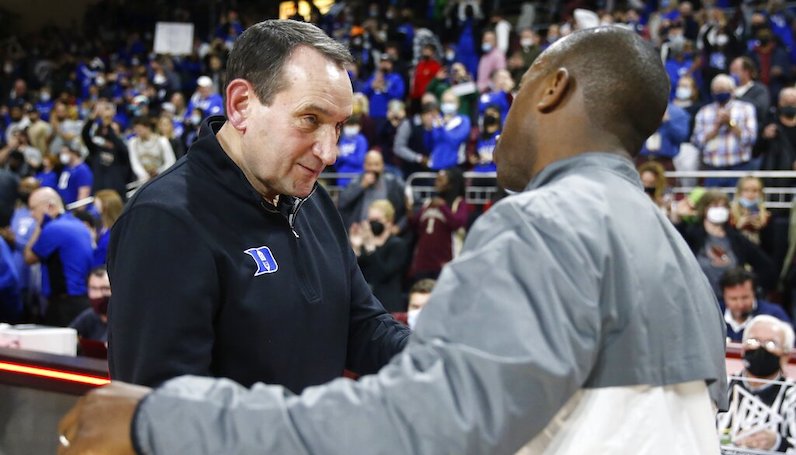 When Duke returned to the floor for the second half of Tuesday’s thrilling win over Wake Forest, head coach Mike Krzyzewski wasn’t there. After not feeling well during the day, and in the first half of the game, Krzyzewski remained in the locker room. He wouldn’t return; once again, Jon Scheyer took over as the team’s acting head coach.

While hosting his weekly radio show on SiriusXM, Coach K described his discomfort from the game:

During the first half, I got light-headed on the bench. And then as I’m walking off the court at halftime, it was the first time I stood up. I really thought I could pass out. I got to the locker room, and my medical people just gave me IVs and whatever. And I’m better.

The Blue Devils return to the floor this weekend: Duke hosts Florida State on Saturday at Cameron Indoor Stadium. It’ll be the penultimate home game for Krzyzewski, 75, who doesn’t plan to miss it.

Earlier this week, during the weekly Duke basketball radio show, assistant coach Chris Carrawell mentioned that Coach K was doing better. Then plan is for home to be back on the bench vs. Florida State.