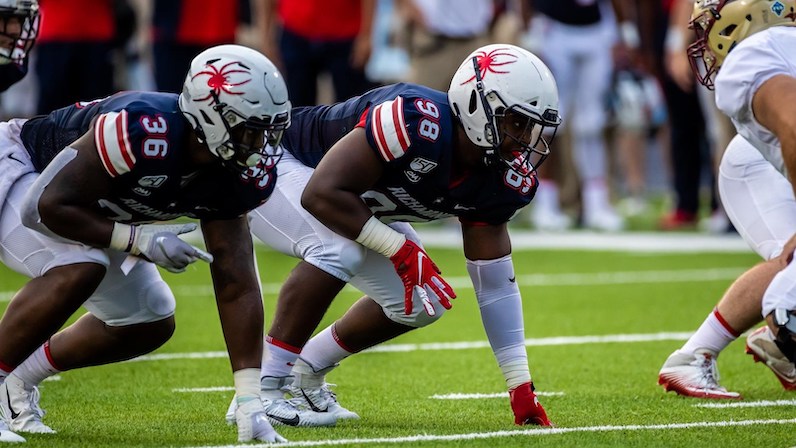 After an outstanding career at Richmond, defensive lineman Kobie Turner commits to play for Wake Forest in 2022. (Photo via the University of Richmond Athletics Department)

It seems fitting that as chaos swirled regarding Wake Forest’s opponent in the upcoming Gator Bowl, Dave Clawson and his staff continued to work, and to build. Wake Forest has landed a key, veteran transfer: Richmond defensive tackle Kobie Turner.

The 6-foot-3, 290-pound Turner was a sought after prospect in the transfer portal. However, in the end, Turner picked Wake Forest over Virginia Tech — with new coach Brent Pry — and Georgia Tech.

During his four seasons on the field for the Spiders, Turner played in 37 games, while racking up 158 tackles, with 33.5 tackles for loss and 15 sacks. He also forced three fumbles. Turner was a three-time All-Colonial Athletic Association selection, including two-straight First Team All-CAA honors (2021 spring, 2021 fall).

Turner was named CAA Co-Defensive Player of the Year in the 2021 spring season, too.

Clawson and Wake Forest have built up their line play over the years by retaining and developing players. The 2021 Wake Forest team has a handful of super-seniors. Turner fits that mold; he’ll also help replace the production of Sulaiman Kamara and Miles Fox.

Turner played his prep ball for Centreville High School, which is the same school as his soon-to-be teammates Nick Andersen and Nick Ragano.