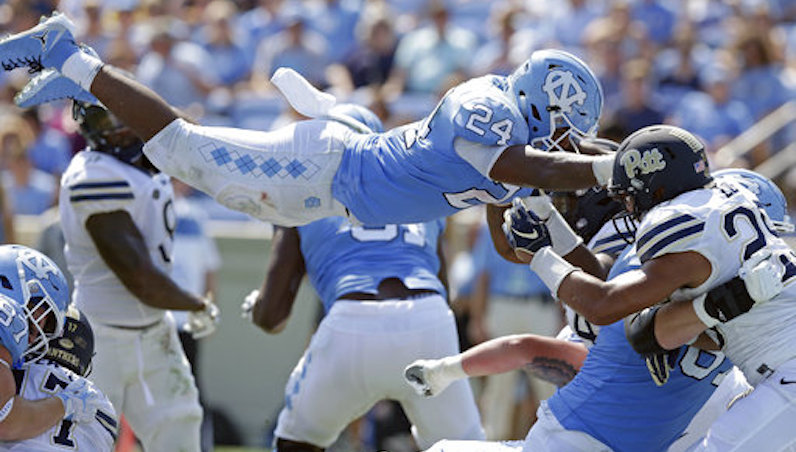 North Carolina's Antonio Williams (24) dives into the end zone for a touchdown against Pittsburgh during the first half of an NCAA college football game in Chapel Hill, N.C., Saturday, Sept. 22, 2018. (AP Photo/Gerry Broome)

Back over the summer, Khadry Jackson committed to Pittsburgh. The 3-star safety out of Florida remained a Pitt commit until this week. With the regime at North Carolina football, though, Jackson became a target of the Tar Heels. Last weekend, he took an official visit to Chapel Hill; two days later, he decommitted from Pitt. Two days after that, Jackson flipped his commitment and pledged to Mack Brown and UNC.

The recruitment, which was led by Chad Scott, is just the latest in a busy period for UNC, ahead of the early signing period. Jackson is now the 14th commitment of North Carolina’s 2019 recruiting class. 247 Sports ranks him as the No. 96 safety in his class.