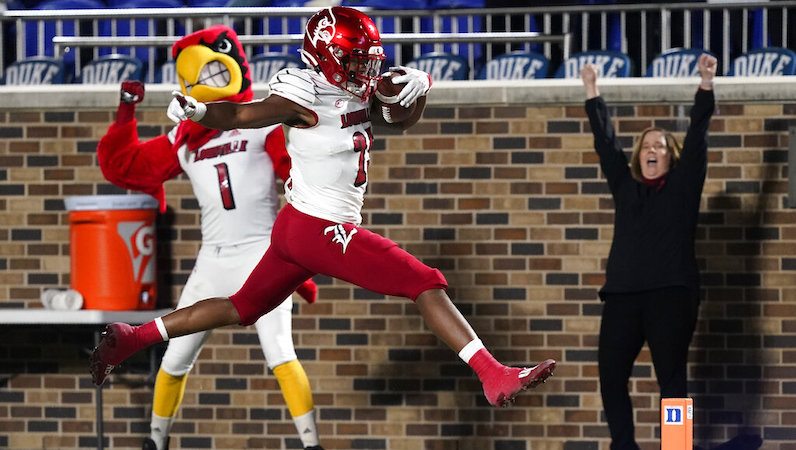 Louisville running back Trevion Cooley scores a touchdown against Duke during the first half of an NCAA college football game in Durham, N.C., Thursday, Nov. 18, 2021. (AP Photo/Gerry Broome)

Heird takes on the role after serving as the school’s Deputy Athletic Director for three years; he has over 13 years of experience in athletics administration.

For now, the position comes with an interim title.

📸s from this morning.

The last few days/weeks/years have been interesting for Louisville athletics; however, things were especially weird the last few weeks with former AD Vince Tyra.

Initially, Tyra appeared likely to depart for the AD position at Florida State. However, a non-compete clause in Tyra’s contact delayed that process.

Last week, when former Louisville president Neeli Bendapudi departed for Penn State, it seemed possible that Tyra would return. That option was quickly shot down, though: Tyra elected to resign.

This opened the door for Heird, who was appointed to the position by Lori Stewart Gonzalez, who was named UofL’s interim president by the UofL Board of Trustees this morning.

Previously, Heird worked at Louisville from 2006-17.