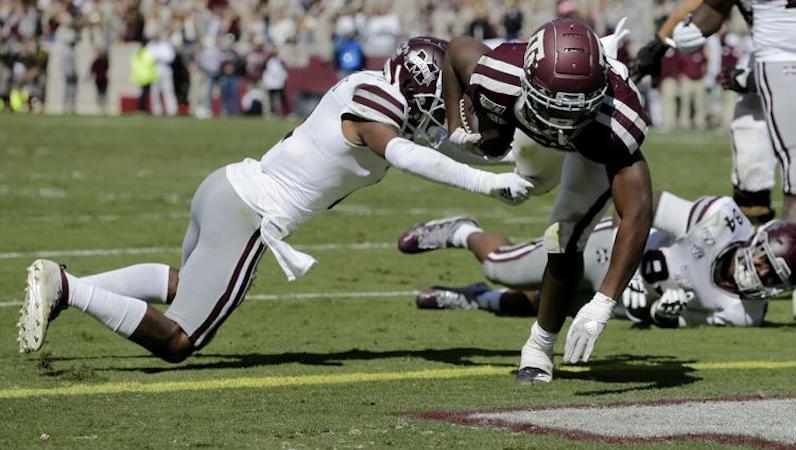 Florida State and Mike Norvell have taken advantage of the transfer portal. With a focus on the defensive side of the ball, FSU has added several key pieces. The newest commitment is former Mississippi State defensive back Jarrian Jones.

This process moved quickly; Jones didn’t enter the transfer portal until late May.

Jones is also the second Mississippi State defender to head from Starkville to Tallahassee; back in April, FSU landed defensive tackle Fabien Lovett, who spent the 2018 and 2019 seasons with the Bulldogs. Late last week, Lovett officially signed with FSU.

While sharing the field with Lovett in 2019, as a true freshman, Jones played in 11 games. A former 4-star recruit, Jones recorded 12 total tackles, two pass break-ups and one fumble recovery.

The 6-foot-1 safety may have to sit the 2020 season out; it’s unknown if he will be immediately eligible to play at FSU.

He’s expected to play the safety position at FSU, and it’s not yet known if he will be eligible to play in 2020 due to NCAA transfer rules. When he does step on the pitch for Florida State, though, there’s plenty of optimism for his game-changing abilities.

Again, with regard to the portal, this has been a busy offseason for FSU. Last December, Florida State added former Texas A&M running back Jashaun Corbin — immediately eligible for 2020. That same month, Louisville defensive tackle Jarrett Jackson committed to FSU, too. Jackson will be a redshirt sophomore for FSU in 2020; as a true freshman in 2018, he collected 16 tackles, three tackles for loss, and two sacks.

Just before the calendar flipped to 2020 (gulp), Norvell also added FIU offensive lineman Devontay Love-Taylor, another graduate transfer. Love-Taylor has two years of eligibility remaining; he could start at either tackle position this spring.

Then in January, Florida State went out and found another Power 5 transfer addition: Purdue linebacker Cornel Jones. Jones was expected to start for Purdue in 2020; during his three seasons in the Big Ten, Jones recorded 99 total tackles and 3.5 sacks.

In April, FSU also picked up a commitment from former Baylor linebacker Deonte Williams. Outside of the Power 5, Florida State landed graduate transfer Meiko Dotson from FAU. Dotson led the FBS in 2019 with nine interceptions.

5-star C Moussa Cisse to reclassify to 2020; FSU among the finalists

Duke Basketball has an eye on 2021, which could hold another game-breaking recruiting class —…