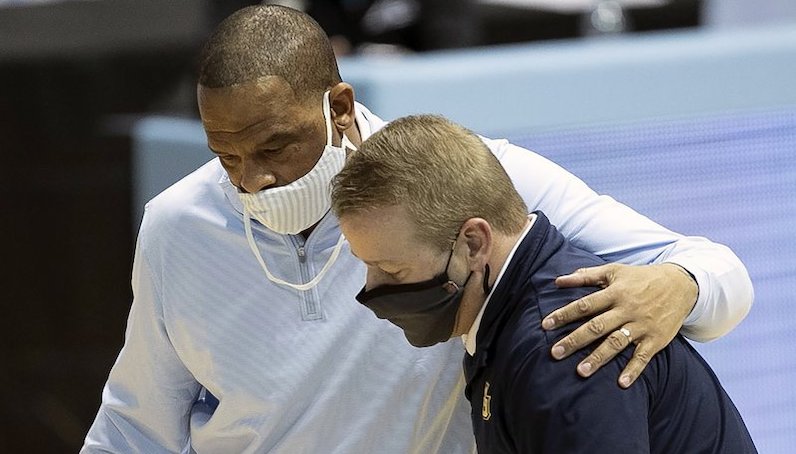 Hubert Davis and North Carolina capped off a busy week of recruiting with a commitment from Jalen Washington, one of the top players in the 2022 class.

Washington, a 5-star center out of Indiana, ranks as the No. 21 prospect in the class, according to 247 Sports. In the end, UNC beat out Stanford, Illinois, Alabama and DePaul to land the 6-foot-9, 210-pound center.

The frontcourt was an area of focus for the Tar Heels in 2022. With Washington, UNC now has two commitments from 2022 centers; back in early June, 3-star pivot Will Shaver also committed to North Carolina.

Washington and Shaver join 4-star point guard Seth Trimble, a top-50 prospect, in North Carolina’s 2022 class, which currently ranks No. 1 nationally. A lot will change over the next year; however, this is a strong start for Davis and his staff. Assistant coach Sean May led the recruitment for Washington.

Garcia, who tested NBA Draft waters this offseason, is a legit prospect for the next level. There’s a good chance both he and Armando Bacot declare and remain in the 2022 NBA Draft. If so, that would open up a path for Washington to possibly be The Man for North Carolina up front in the 2022-23 season. Garcia could also stick around for his junior season, which would pair Washington with a gifted/skilled frontcourt running mate in the 2022-23 season.