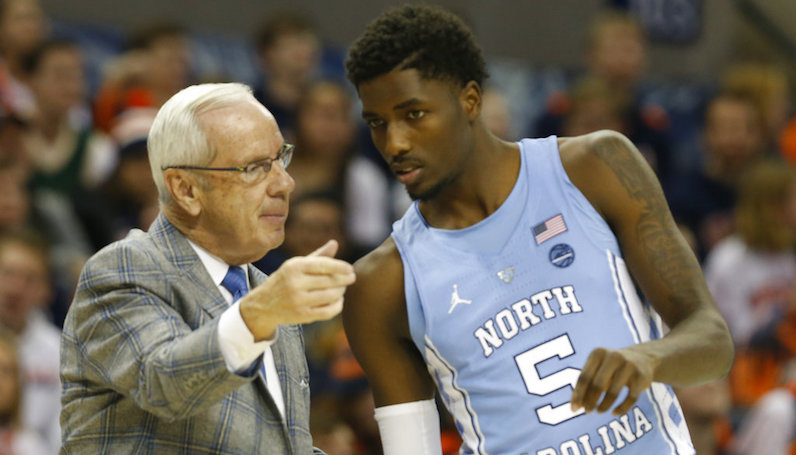 North Carolina point guard Jalek Felton has been suspended from the university; the 6-foot-3 freshman will not play tonight against Clemson.

Freshman guard Jalek Felton has been suspended from the university, according to UNC, and will not play at Clemson tonight

According to UNC, Jalek Felton is not currently eligible to participate in university activities: “Due to federal privacy laws, that is the extent to which the University can comment.”

Felton has played in all 22 games so far this season; he’s averaged 2.9 points and 1.6 assists. According to Synergy Sports, Felton is shooting 55.6 percent this season on pick-and-roll possessions.

How can Joel Berry and UNC hit another level on offense?