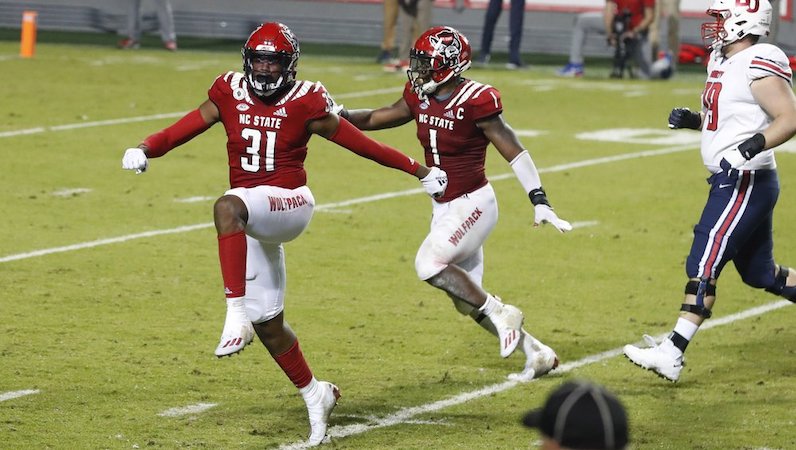 According to his very own Twitter account, NC State linebacker Isaiah Moore will return for the 2022 season in Raleigh.

Back in late October, Moore suffered a season-ending injury in the Miami game. Prior to the injury, Moore, NC State’s defensive play-caller, was leading the team with 43 total tackles.

Moore was playing excellent football at the time of his injury; he really stepped up in the absence of All-ACC linebacker Payton Wilson, who was also lost for the season following an injury in the Mississippi State game.

He’s been a starter for this program since his redshirt freshman season in 2018. During his career with NC State, Moore has registered 259 tackles, 8.5 sacks and one interception.

With Moore down, NC State has still gotten good production from its linebacking corp. Drake Thomas and Vi Jones have been awesome. Thomas, who is also a sophomore, ranks fourth in the ACC with 90 tackles. Jones, another speedy sophomore, has 4.5 sacks on the season.

Add Moore back into the picture and the Wolfpack are poised to have one of the top sets of linebackers in the country for the 2022 season. For now, Wilson remains undecided on his plans: return to NC State or leave for the NFL.

Moore is a two-time captain and one of the true leaders of this program. It may not be a coincidence that he decided to announce this mere days before NC State hosts North Carolina in Raleigh — with plenty on the line.

Wolfpack remain at No. 3 in this week’s ACC Power Rankings