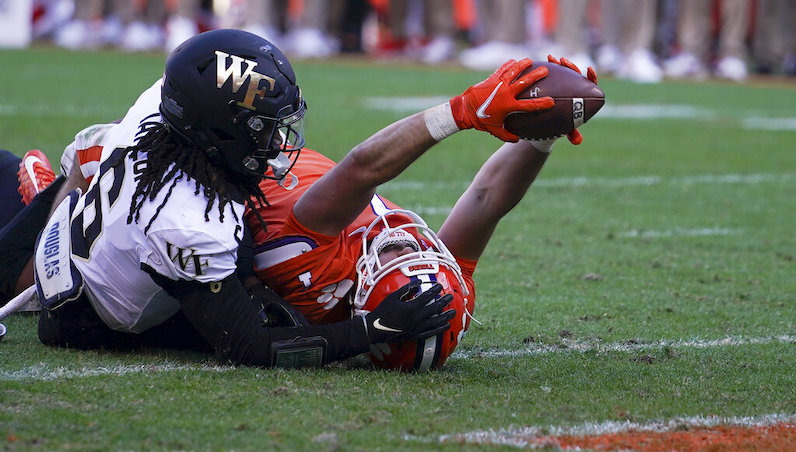 Clemson running back Will Shipley (1) scores a touchdown against Wake Forest defensive back Ja'Sir Taylor (6) during the second half of an NCAA college football game, Saturday, Nov. 20, 2021, in Clemson, S.C. (AP Photo/Brynn Anderson)

In recent years, the ACC’s Coastal Division usually provided the majority of late-season drama. Generally speaking, “Coastal Chaos” meant multiple teams going into the final week(s) of the season with something to play for: a Crabs In A Bucket approach for division supremacy.

This season, however, Pittsburgh has the Coastal on lock; it’s the Atlantic Division that heads into the final week of the season with three teams gunning for the top spot, in some way, shape or form.

Here’s how the scenarios breakdown: