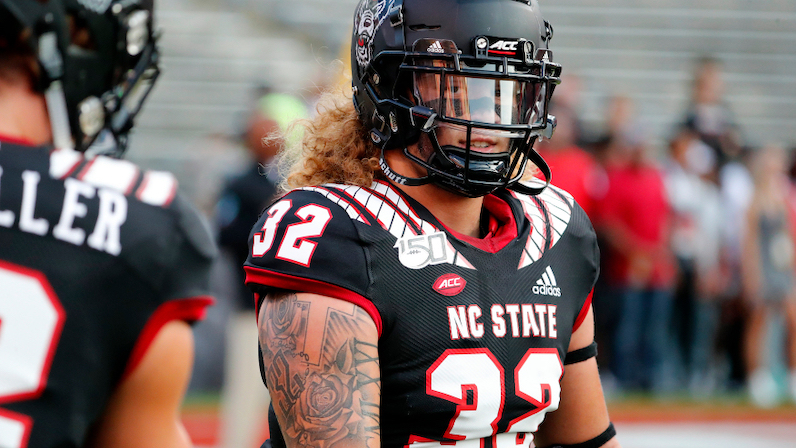 NC State has it rolling. For the seventh time in the month of June, the Wolfpack have another commitment; this time it’s 3-star cornerback Isaiah Crowell.

NC State’s 2022 recruiting class, which ranks 31st nationally, is now up to eight commitments. Six of those prospects hail from North Carolina.

247 Sports ranks Crowell as the No. 66 cornerback in the 2022 class and the No. 16 overall prospect in North Carolina.

Crowell is the second cornerback commitment in the class, too. Last week, Jackson Vick from Southern Nash, another 3-star prospect, also committed to the Wolfpack. Crowell grades out as the No. 1 cornerback from the state, though.

This most recent addition comes only three days after NC State grabbed a commitment from 4-star running back Michael Allen.

Devin Leary on being recruited to NCSU: “I took one visit down to NC State and this is everything that I need”

Dave Doeren: “I loved last year because I was able to play a bunch of teams that I hardly ever play in the Coastal”