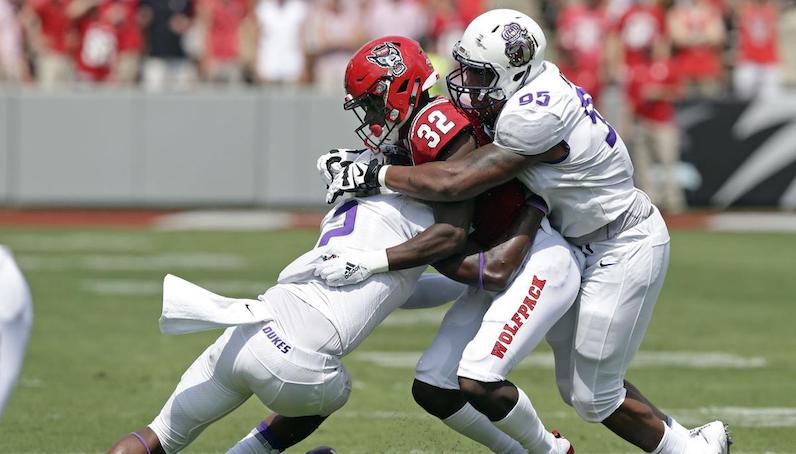 After four seasons with James Madison University, Adeeb Atariwa is the latest player to transfer into Virginia this offseason. UVA has added six players via the transfer portal.

The 6-foot-3 and 277-pounds Atariwa is from the area; he was an All-Star player while attending Sterling (Va.) Dominion High School.

During the 2019 season, Atariwa did a little bit of everything while playing nose tackle for JMU. Atariwa starting 15 games: 52 tackles (13 tackles losses), 1.5 sacks, one forced fumble, one fumble recovery, and a blocked kick.

I watch a lot of JMU football. Adeeb Atariwa is a beast at defensive tackle. One of the better FCS defensive linemen.

In between those two additions, Virginia also picked up a commitment from Mississippi State transfer quarterback Keytaon Thompson, a former 4-star recruit. Thompson, after three seasons with the Bulldogs, is immediately eligible for the 2020 season, too. He has two years of eligibility remaining.

Last Friday, the FCS announced that, due to COVID-19, it won’t have championship this fall. Several FCS football conferences, including the Colonial Athletic Association, which JMU is a member of, have already suspended the 2020 football season. James Madison was in the process of trying to rebuild its fall schedule, though.

The CAA announced, as we reported Thursday, the suspension of Fall football as a conference. JMU says it remains committed to an open exploration of various options for its competitive seasons for all sports in keeping with evolving guidance on health and public safety. pic.twitter.com/YL0A6ObQIf