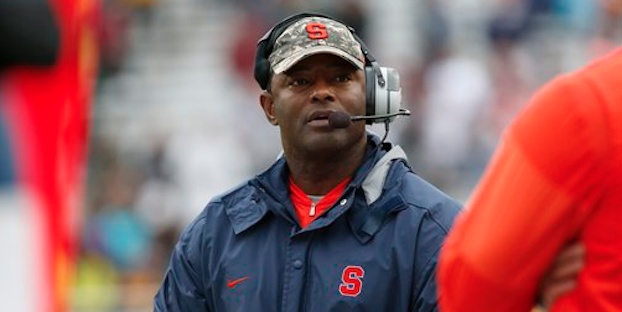 Syracuse sophomore Steven Clark (Arab, Ala.) will miss the remainder of the 2016 football season due to a lower-leg injury.

Clark started the Orange’s first nine games at nose tackle and recorded 16 tackles, including 1.5 for a loss. He had a season-high three tackles at Wake Forest and in the Orange’s win at Boston College. In addition, Clark logged a team-high three quarterback hurries.

Clark did not play Saturday versus NC State and was replaced in the starting lineup by freshman McKinley Williams (Miramar, Fla.).

Syracuse basketball player tests positive for COVID-19; Buddy Boeheim out for 7 days due to contact tracing