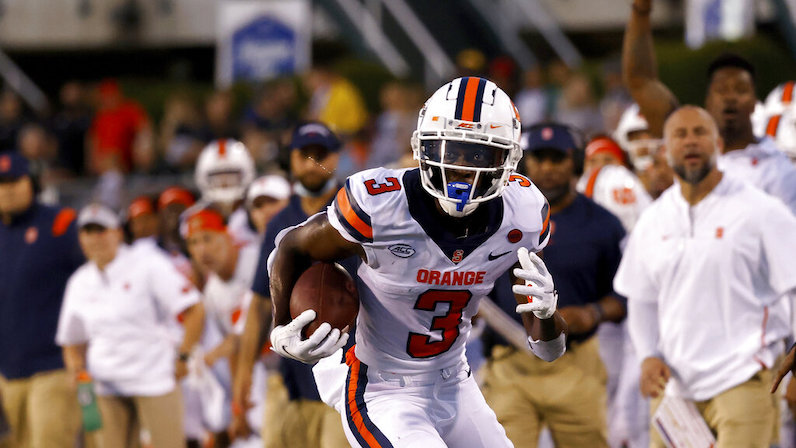 After four seasons with Michigan State football, veteran wide receiver CJ Hayes will transfer to Syracuse. During his time in East Lansing, the 6-foot-2 Harris caught 14 passes for 154 yards.

This is a potentially nice addition for Dino Babers and Syracuse. The Orange must replace wideout Taj Harris, who left the program and is one of the top receiver names in the portal, currently.

Harris has been a big part of Syracuse’s offense, going back to the 2018 season. During his career, Harris caught 151 passes for 2,028 yards and 10 touchdowns.