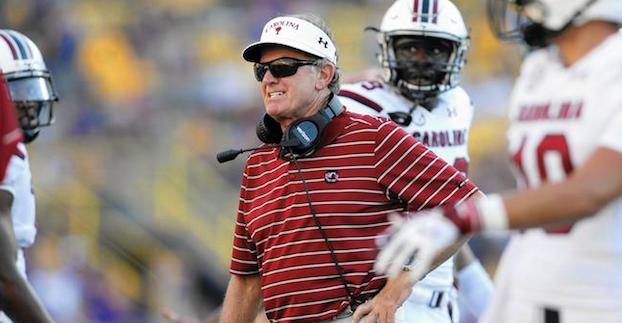 Over the years, the relationship between Dabo Swinney and Steve Spurrier has always been fun to follow.

The two faced one another as head coaches a total of seven times, and along the way, there were plenty of memorable moments.

There was Clemson’s win over South Carolina in 2008, which played a part in the Tigers removing the “interim” tag from Swinney’s job title. There was Swinney’s legendary rant in 2011 in response to what he had been told was a shot taken at Clemson’s program by Spurrier (the shot didn’t actually come from Spurrier). And no one can forget Swinney’s “He’s from Pluto, I’m from Mars” quote on The David Glenn Show two years ago that led to Spurrier poking fun at his rival for failing to realize that Pluto was no longer considered a planet (by the way, it has since been deemed a planet once again).

Swinney was back on The David Glenn Show last week and talked about the bond he shares with the Head Ball Coach.

“We love each other,” Swinney said. “He invited me to his anniversary celebration this summer. We weren’t able to go, but we love Coach Spurrier and his wife, Jerri. We’re really hoping that he will surface somewhere in college football. I don’t have any doubt he will. I miss him.”

During the conversation, Swinney also discussed Nick Saban’s comments that Clemson is the best team in the country and talked about expectations for the Tigers’ defense this season. Click below to hear the full interview: