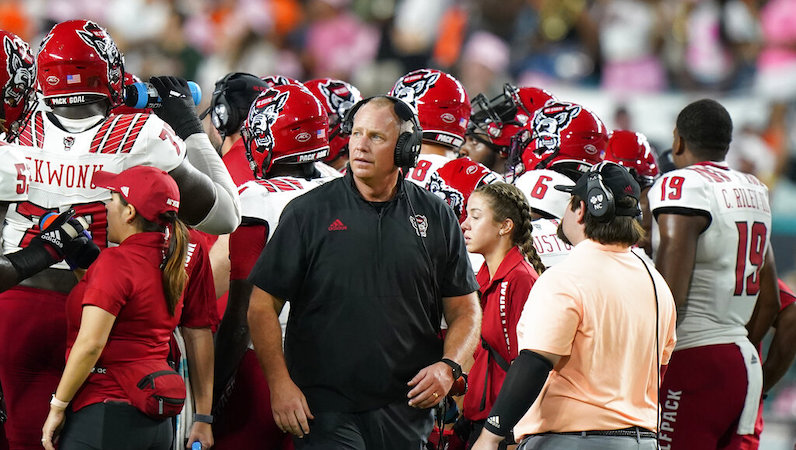 Around this time a year ago (June 2021), NC State offered Wake Forest (N.C.) Heritage High quarterback Lex Thomas (2023), who impressed at an NC State prospect camp. At the time, this was his first offer. About 6-7 weeks later, Thomas committed to NC State.

Similar to Symonds, Thomas is another legacy talent. He’s the younger brother of wide receiver Thayer Thomas and linebacker Drake Thomas, both standouts for the Wolfpack.

Doeren and NC State have worked to cultivate a family-oriented vibe around the program. That’s not always easy in the cutthroat nature of major college athletics; however, this is more than just a glib marketing tactic. NC State has hit on something: family and connection matter as foundational elements for what’s happening inside the Murphy Center.

Now, it’ll be interesting to see if another close connection, one also involving Lex Thomas, could help NC State land its top 2023 target…